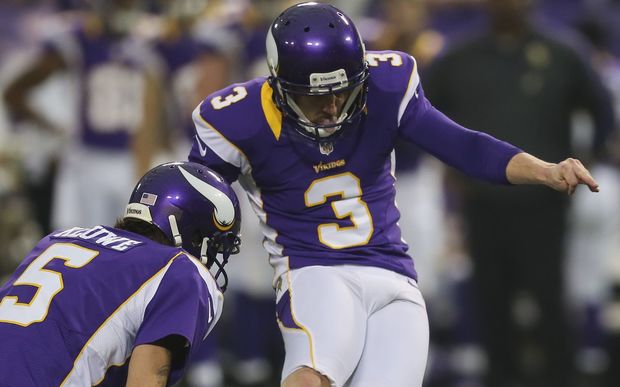 Walsh, who had hit on 22, 43 and 47 yard field goals, looked poised to send a frigid Vikings crowd home happy but hooked the game winning attempt leaving both teams and a packed Twin Cities stadium stunned.

With the temperature sitting at -21C at kick-off, this morning's game was the third-coldest NFL playoff in history and the Arctic like conditions left both offences struggling.

The Vikings took a 9-0 lead into the fourth quarter before the Seahawks attack finally began to heat up with Russell Wilson hitting Doug Baldwin on a three-yard touchdown strike to cap an 80-yard drive.

On Minnesota's next possession, disaster struck when Adrian Peterson fumbled on his own 40 and the Seahawks quickly turned that into a 46-yard Steven Hauschka field goal and a winning 10-9 lead.