It proved all too easy once again for Novak Djokovic as the world No.1 continued his dominance of men's tennis by blitzing Frenchman Jo-Wilfried Tsonga to win another Shanghai Masters title. 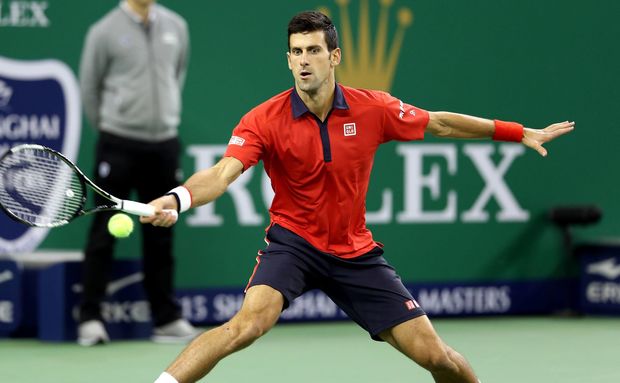 The Serbian, 10-times a grand slam champion, brushed aside the challenge of a befuddled Tsonga 6-1 6-4 to claim his third Shanghai Masters and ninth title of a standout year that has left him being spoken of among the sport's all-time greats.

Djokovic won three grand slams this year, was runner-up at the French Open and since suffering a surprise quarter-final loss to Ivo Karlovic in Qatar in January has made the final of all 13 events he has played.

The 30-year-old Tsonga had shown his serving prowess in taking out Rafa Nadal in three tight sets in the semi-finals but against the imperious returning skills of Djokovic he had no answers.

"Today the key was to get as many serves back into play to Jo because he has one of the biggest serves in the game," Djokovic said.

It was a second straight tournament Djokovic had won without dropping a set after he landed his sixth China Open title in Beijing last week. The Serb now boasts a 38-1 win loss record on the Chinese hardcourts.

Tsonga will be comforted by his strong showing in China, which helped move him up to ninth in the race to qualify for the eight man end-of-season ATP Tour Finals in London next month.

The victory was Djokovic's 57th ATP Tour title, moving him within two of Nadal's mark of 27 Masters Series crowns and took his prize money for the year past a record $23 million.