New Zealand cricketers will try and resurrect their series against England tonight when the second test of the two-match series begins at Headingley in Leeds.

There will be live commentary here when the match get's underway.

After dominating for large part of the first test at Lord's the Black Caps eventually lost suffered a 124 run loss.

They also need to draw the series if they're to retain the world ranking of number three.

Black Caps skipper Brendon McCullum has made it clear he won't be changing it attacking style but they are set to be without wicketkeeper BJ Watling and all-rounder Corey Anderson. 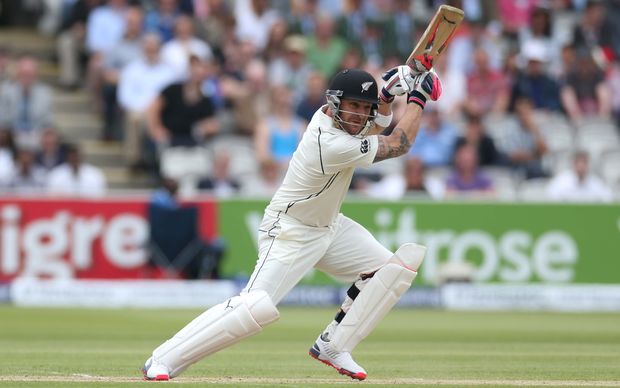 Brendon McCullum has no intention of curbing his attacking approach as either a batsman or as captain. Photo: PHOTOSPORT

Watling suffered a blow to his leg in the first Test loss, while Anderson was troubled by a back problem.

Captain Brendon McCullum admits it's not good for the pair.

He says they're doubtful, but they will give them until the last minute before ruling them out.

However he feels they have adequate replacements in the squad and believe they can step up.

McCullum says Luke Ronchi would step in for Watling if he's not available, while they'd have to decide what their best options were for this test in choosing a replacement for Anderson.

Watling, who scored 2 half centuries in the first test, could play just as a batsman.

McCullum is adamant he'll persist with his attacking approach to Test cricket in the series decider. 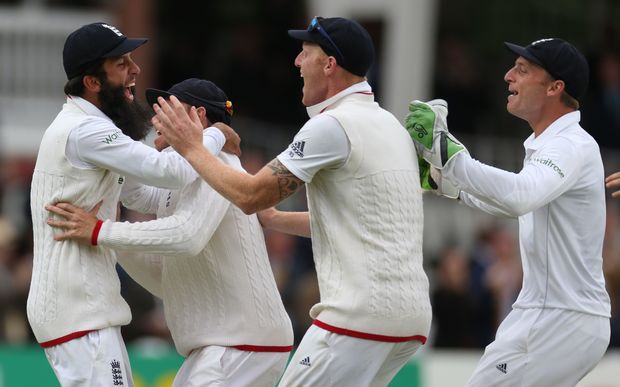 The Black Caps lost the first test at Lord's by 124 runs, but McCullum feels an aggressive approach will give them their best opportunity to win and share the series, and he also suggested that his side's approach at Lord's inspired England to be unusually attacking.

New Zealand may have been unbeaten in their six previous Test series but their tactics, which included repeatedly bouncing Ben Stokes while the England all-rounder was making an 85-ball century, the quickest ever in a Lord's Test, were called into question following the defeat.

McCullum says he feels it's their greatest opportunity to win a Test match and series, obviously they went down the other day, but he thought they played some pretty good cricket throughout that Test match -- and credit to England that they were good enough to run them down.

He says this is how the New Zealand cricket team is playing, and there are times we'll get beaten, but it's their greatest chance of success.

Reflecting on events at Lord's, McCullum says it's not panic stations -- they just have to improve their rough edges.

McCullum also suggested the manner in which New Zealand played at Lord's inspired England to be unusually aggressive.