Rafael Nadal has comprehensively beaten the American John Isner in straight sets to book a quarter-final berth at the Rome Masters. 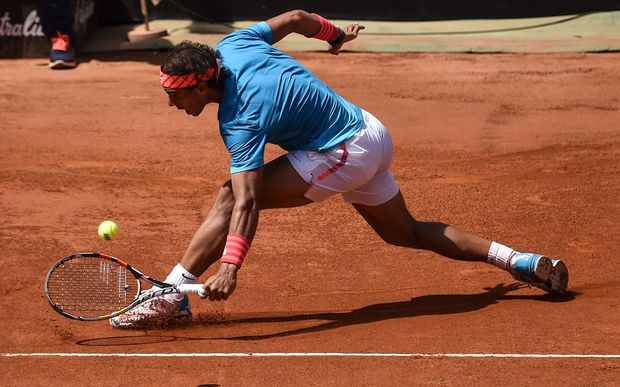 Rafael Nadal during the 2nd round in Rome, 2015 Photo: PHOTOSPORT

The fourth seed, who struggled for months to overcome a wrist injury and appendicitis last year, didn't face a single break point against the big-serving American and won 90 percent of his own first service points on his way to a 6-4 6-4 victory.

Nadal slipped to seventh in the world rankings after last weekend's loss to Andy Murray in Madrid, but he remains on course for an 8th win in the Rome event.

The Spaniard will meet Stan Wawrinka in the next round, while Roger Federer takes on the Czech Tomas Berdych.

The in-form Andy Murray withdrew from the tournament before his third round match, feeling exhausted after a 40 minute practice session, and Serena Williams pulled out of the women's event because of an elbow injury.