The Manchester United manager Louis van Gaal accepts that finding a cure for his side's misfiring forward line will be essential if they are to challenge for the Premier League title next season. 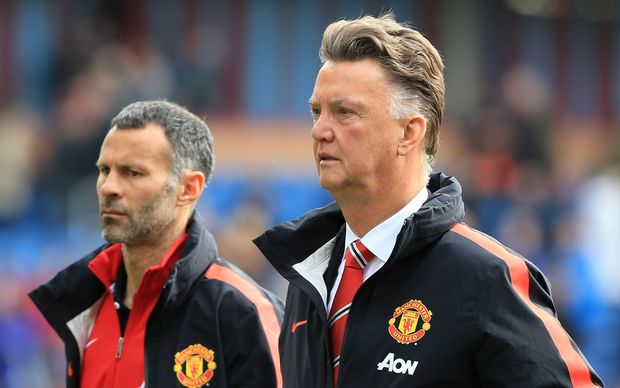 United's steady improvement under the Dutchman has come to a grinding halt with consecutive defeats against Chelsea, Everton and West Bromwich Albion, undermining their hopes of sealing a top-four finish without undue anxiety.

They failed to score in any of those three games, a first since 2007, and while Van Gaal complained that West Brom "parked the bus" in their 1-nil win at Old Trafford, United teams of old found a way through.

United had an astonishing 80 percent of possession but, despite the attacking threat of Robin van Persie, Wayne Rooney and late substitute Radamel Falcao, could not penetrate.

To rub salt into the wounds, Van Persie who had just returned from injury, missed a 74th minute penalty.

"I saw a lot of good things and, in our evaluation, I shall show that," Van Gaal said. "But I'll also show what I have always shown in an evaluation which are the things that we have to improve upon.

"We have started playing football and then you are not good enough to hold the opponents in their own half. Also, in offence, the possibility to score is much more difficult, so we have to improve ourselves.

"Not in creating chances but, in finishing, because that's what we lacked. We need to play with a higher ball speed.

"Most managers say that but it's more difficult against so many bodies in front of you."

Packed defences are part and parcel of the challenge of being title contenders though and Van Gaal will be busy this summer trying to find more goals and more midfield inspiration.

They are still overly reliant on the passing skills of Michael Carrick, who was missing against West Brom, while big-money signing Angel Di Maria looks a shadow of the player that used to dazzle on the wing for Real Madrid.

For now, however, Van Gaal must use the players at his disposal to make sure United secure a top-four berth.

With a four-point lead over fifth-placed Liverpool and only three games left they should be okay, but their run of defeats means there will be some jitters.

United face Crystal Palace this weekend before a home game with Arsenal and a final-day visit to Hull City who may need points to avoid relegation.