World tennis number one Novak Djokovic has defended his Indian Wells men's title, while the world number three Simona Halep has won the women's event for the first time. 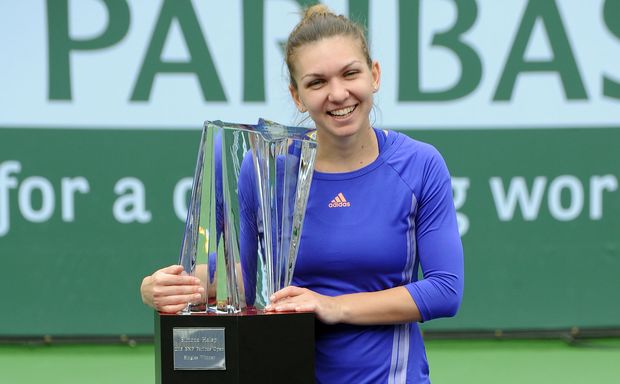 Djokovic held off the Swiss world number two Roger Federer 6-3 6-7 6-2 in the final.

Federer fought back in the second set, winning the tie-break with the help of three double-faults from the Serb, but Djokovic recovered in the deciding set for his fourth triumph at Indian Wells and 50th ATP win.

Earlier, Simona Halep claimed the biggest win of her career, lifting the women's trophy with a 2-6 7-5 6-4 victory over former champion Jelena Jankovic.

The hard-fought triumph over the former world number one from Serbia made Romania's 23-year-old Halep the first player to win three WTA titles this year.

Halep, ranked third in the world, won four of the final five games to earn the marathon victory in two hours, 37 minutes.

Both players had difficulty holding their serves throughout as there were a total of 18 breaks.