The Warriors centre Konrad Hurrell has recommitted to the National Rugby League club after signing a new contract to the end of the 2018 season. 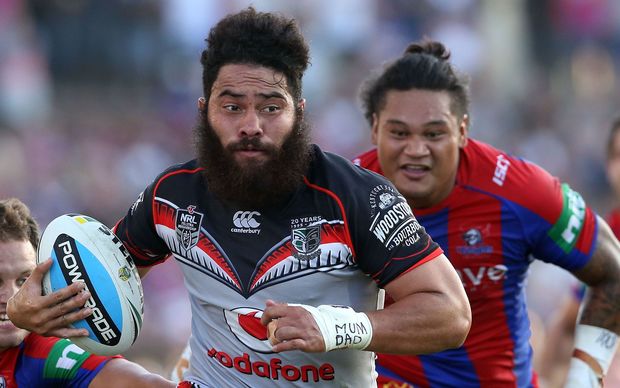 The 23-year-old, who's in just his fifth season in rugby league,quickly won a reputation as one of the game's most destructive ball runners.

In each of his first three NRL campaigns he has consistently featured among the club's leading try-scorers with 37 tries in just 57 appearances.

While he was sidelined with a knee injury for the weekend's third-round clash against the Parramatta Eels at Mount Smart Stadium, Hurrell's ecstatic about his deal.

"They brought me into rugby league and I'm so pleased I made the change. I'm having fun playing the game, trying to become a better player and being with the boys."

"This is the only club I want to be with. I love it here."

"Konrad has a huge role to play for us."

"We saw how much he developed his game last year and there's still a lot of improvement in him.Koni has made a real impact in the NRL and we know there's a lot more to come."

Hurrell was scouted by the Warriors from rugby union in 2010 when he was playing for Auckland Grammar School's First XV.

He was an instant success in his one and only season in the NYC, scoring 22 tries in 21 games including a double in the Junior Warriors' grand final win in 2011.