New Zealand leads China 2-1 in their Davis Cup tennis tie in Auckland, after Artem Sitak and Marcus Daniell battled back from two sets down to win their doubles rubber.

In another rain-interrupted encounter in Auckland, Sitak and Daniell eventually overcame Zhe Li and Ze Zhang 6-7 6-7 7-6 6-3 6-2.

The Asia/Oceania Group One tie will be decided by the reverse singles on Sunday, with New Zealand No.1 Rubin Statham first up against Zhang.

Michael Venus, who won his singles on day one, will face Chinese No.2 Di Wu in the fifth rubber if required. 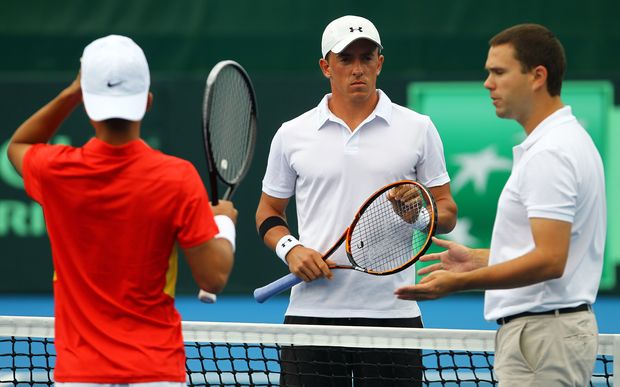