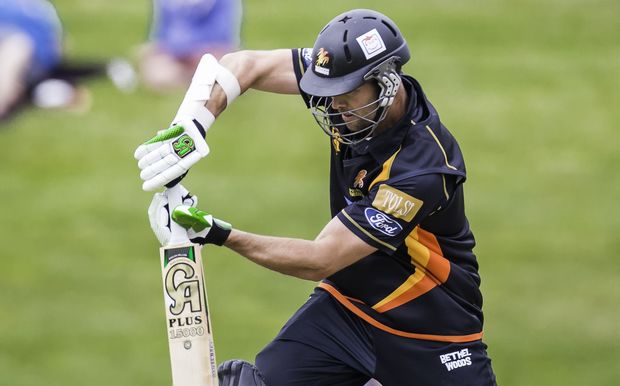 The 34-year-old left-hand all rounder's Irish ancestry allows hime to play as a non-overseas player with Middlesex county, which renders him ineligible to play for New Zealand.

Franklin has featured in 31 Tests, 110 one-day internationals and 38 Twenty20 matches - although the last of these appearances was in 2013.

He intends to remain with Wellington until the end of the current New Zealand domestic season in early April before heading to London.

In a Middlesex statement, Franklin says it's been an absolute privilege to play for Wellington for over 15 years.

"Whilst I'm very honoured to be joining Middlesex for the next few years, I want to first take my cap off to Wellington for whom I've had a hugely enjoyable and memorable career in New Zealand."

"And although this decision closes the chapter on playing for New Zealand again I know I've been incredibly fortunate to have spent over a decade being involved playing international cricket, and have had some of my greatest memories and experiences in cricket playing with the Silver Fern on my cap.