The troubled child of Australian rugby, Kurtley Beale, has signed on for another season with the Wallabies. 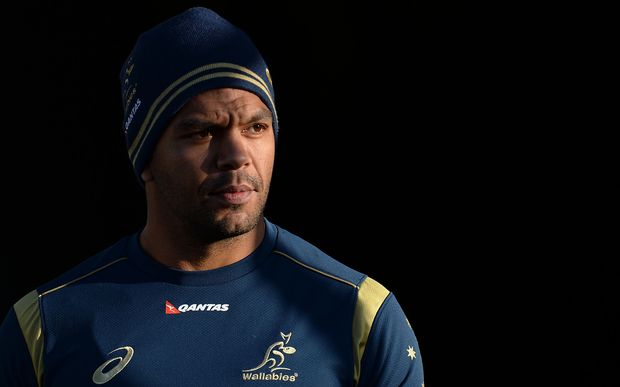 The star playmaker was at the heart of a text message scandal that led to national coach Ewen McKenzie's resignation last year.

Beale will now almost certainly play a part in the World Cup in England this year as well as help the New South Wales Waratahs defend the Super Rugby title.

Both teams will be guided by Michael Cheika, who replaced McKenzie when the former test prop quit in the wake of the scandal over obscene text messages sent to a female member of the Wallabies staff.

The 26-year-old, who has been involved in a string of disciplinary issues over the last few years, faced having his contract torn up over the incident but an independent tribunal instead landed him with a $40,000 fine.

He rejoined the Wallabies squad on their November tour of Europe after regaining his fitness and won his 48th and 49th caps off the bench against England and Ireland.

Beale says he's looking forward to 2015 and is grateful to the ARU and Waratahs for the opportunity to continue his career.

Cheika, who helped Beale resurrect his career at the Waratahs last year after alcohol problems brought a premature end to his time at the Melbourne Rebels, welcomed the retention of the versatile back.