The Wallabies utility back Kurtley Beale has been fined $50,000 by the Australian Rugby Union for sending an offensive text, but has escaped a ban after being cleared of sending a second, "more offensive" photograph. 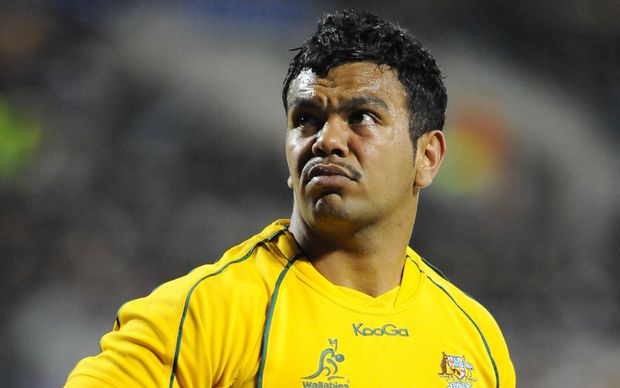 The 25-year-old, who has played 47 times for his country, was accused of sending "deeply offensive" text messages about team business manager Di Patston, following a heated row on a flight for a Test against Argentina in June, and Beale was suspended pending a tribunal.

Patston resigned because of stress and the affair also led to the resignation of coach Ewen McKenzie, who had brought her into the Wallabies set up from the Queensland Reds.

There had been speculation that Beale could have his contract terminated but he is now free to play with immediate effect, and he has left with the team for their end-of-season northern hemisphere tour.

The tribunal found that while a serious violation of the ARU's code of conduct had occurred, there was no evidence that a second "more offensive text and photograph" had been sent by Beale and mitigating factors were taken into account to determine an appropriate sanction.

Beale says he's satisfied with the outcome and is relieved there is no termination and no suspension and he can continue playing rugby.

He says he's also happy the evidence presented to the tribunal did not establish that he sent the second text and photograph, which is why he fought so hard to prove his innocence regarding that text.

Beale says he apologises to Patston and the broader community for his behaviour and will work to re-gain the respect of team-mates, fans and the general Australian community.