The Silver Ferns' shooting woes continue with Maria Tutaia ruled out of the upcoming international series against Australia and England with an ongoing foot injury.

Tutaia suffered the planta facia injury early on in the Commonwealth Games in Glasgow in August. 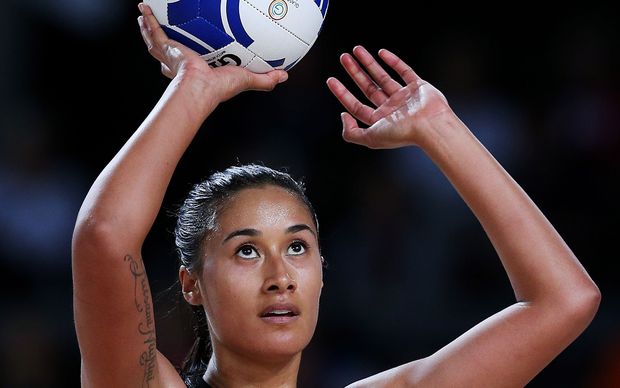 The New Zealanders struggled in the shooting circle in Glasgow with fellow shooter Cathrine Latu also missing most of the tournament with a calf injury.

Latu's still not fully fit and is also in doubt for the four test series against Australia which starts in Invercargill in a fortnight. 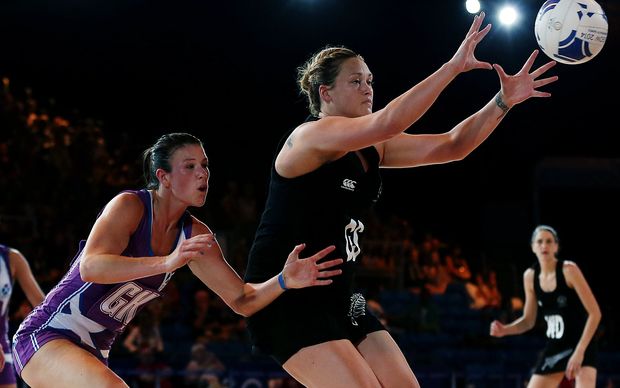 Silver Fern Cathrine Latu is still recovering a from a calf injury suffered at the Glasgow Commonwwealth Games. Photo: Photosport

Twenty six players are trailling this week in Auckland with the squad for the Australia series to be named on Friday.

"We'd dearly love to have to her but it was always a risk and we knew that back in Glasgow. There was always a high risk that this was going to be a bigger injury than we'd have liked."

Wilson says Tutaia is unable to do an court work at present but the priority must be next year's World Cup in Australia and she's hopeful Tutaia will be fully fit to start the trans-Tasman ANZ competition.

She says while Latu's not fully fit, she is training on court but still feels the occasional twinge and calf injuries can be fickle.

"We want to make sure we have her for the Constellation Cup (but) it's going to be a challenge to get her through the next couple of months."

The absence of Tutaia and possibly Latu will again test the depth of the Silver Ferns shooting circle which was found wanting in Glasgow.

Wilson says the shooting circle has been the priority at this week's trial in Auckland.

"Without a doubt. When we crunch the numbers and look at everything all the areas we focused on before the Games - we were able to gain the ball, we were able to get the ball to circle it was our ability to finish off that we just couldn't do."

At the trials Wilson says they've gone down to "plan D" in trying different shooting combinations so everyone is a viable option.