Italy started their European Championship football campaign with a 2-0 away victory to Norway while World Cup third place winners the Netherlands lost 2-1 at the Czech Republic. 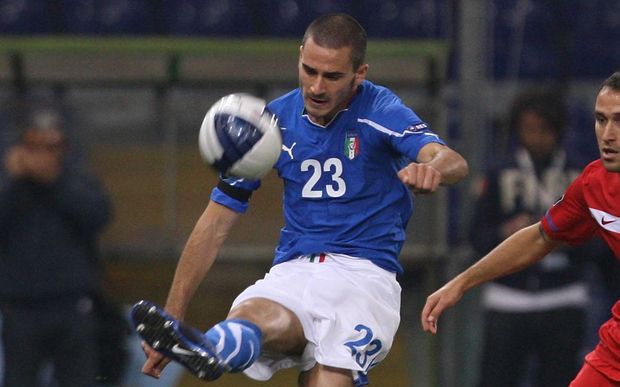 Under new coach Antonio Conte, Italy put their disappointing World Cup behind them as Simeone Zaza and Leonardo Bonucci found the net to secure the win in Oslo in their Group H encounter.

Zaza, playing only his second international, opened the scoring in slightly fortuitous circumstances after 16 minutes as his shot took a deflection off Havard Nielsen to leave goalkeeper Orjan Nyland helpless.

The points were made safe in the second half as substitute Manuel Pasquel crossed to set up Bonucci's close-range header.

Zaza struck the bar and had another effort cleared off the line as Italy saw out a deserved win.

Bulgaria scored late to defeat Azerbaijan 2-1 and Croatia beat 10-man Malta 2-0 thanks to Luka Modric and Andrej Kramaric in the other group games.

Modric's goal, a fine strike from distance, came as he celebrated his 29th birthday.

A stunning finish from Borek Dockal midway through the first half opened the scoring for the Czech Republic against the Netherlands as he curled home a magnificent effort with the outside of his foot.

The Netherlands improved after the break and Stefan de Vrij headed home a cross from Daley Blind to equalise.

But the Czechs were not to be denied and Vaclav Pilar scored an injury time winner after an error from Daryl Janmaat.

Iceland top that group having benefited from a goalkeeping error from Turkey keeper Onur Kivrak en route to a 3-0 win.

Turkey, who had Bayer Leverkusen defender Omer Toprak sent off in the second half, then conceded twice in the space of two minutes to Gylfi Sigurdsson and Kolbeinn Sigthorsson.

Kazakhstan drew 0-0 with Latvia in the other group game.

In Group B, Andorra scored their first competitive goal in four years as Ildefons Lima converted a sixth minute penalty but Gareth Bale, the most expensive player in the world, equalised with a header.

Andorra desperately tried to hang on for a rare point but Bale rescued an uninspired Wales with a brilliant free kick which flew over the wall to find the net with just nine minutes left.

Bosnia-Herzegovina were stunned at home as Cyprus came from behind to win the other group match 2-1.

Dimitris Christofi scored in each half to cancel out an earlier opener from Vedad Ibisevic.

Bosnia missed the chance to level late on as Miralem Pjanic had a penalty saved by Antonis Giorgallides.

Israel v Belgium was postponed due to the current security situation in Israel and is to be played in March 2015.

A total of 23 teams will qualify from the nine groups, and play-offs, to join hosts France for the 2016 finals, which are the first with 24 teams instead of 16.