Craig McMillan has been appointed the Black Caps batting coach for the next two years.

The former international filled the role on an interim basis for the recent tour of the West Indies, where the side won a rare away Test series, and has just returned from the successful New Zealand A tour of England. 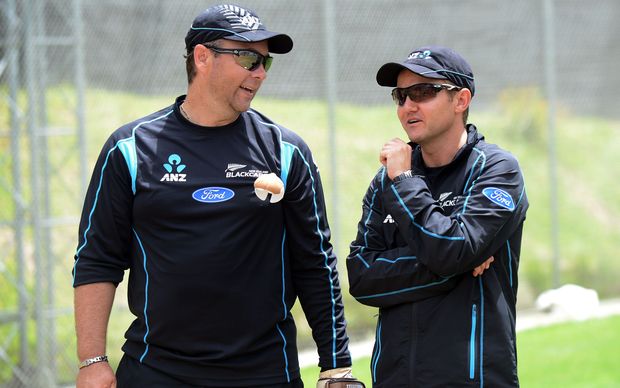 New Zealand Cricket Head of Cricket Lindsay Crocker says McMillan has undertaken his role successfully on the two recent tours, establishing a good rapport with the players who have responded well to his input.

McMillan played from 1997 to 2007 and has since spent time with both Canterbury Cricket and the BlackCaps assisting with batting technique.

The 37-year-old will give up his media roles, including his commentary work with SKY Sport, now that he has taken on the full-time coaching role.

The announcement follows news that Hesson has signed on for another two years as BlackCaps Head Coach.

Hesson says he doesn't see himself in the role beyond 2017.

Hesson's current contract, which he took up in 2012, replacing John Wright, is due to expire in April after next year's World Cup.

But with some recent success including test series wins over the West Indies home and away and a one day and test series win over India, New Zealand Cricket will extend Hesson's contract through until 2017 regardless of the side's performance at the World Cup.

Hesson, who's 39, says he certainly didn't have any second thoughts about signing on again but says having to spend over 300 days a year away from home and family is stressful.

"I don't it's a job you can do this job forever. At the end of this term it will five years and that will be five years away from a young family and that's probably enough.

That was considered when we looked at the length of the term but it's something that we just have to keep working with and hopefully the family will travel a little bit more (with me) and that will make it a bit easier over the coming year or two."

The Black Caps are currently ranked seventh in both the Test and one day rankings, just behind Pakistan who they play in the United Arab Emirates in November and December.

Their next international assignment though is a one day series next month against South Africa in New Zealand.