The Indian cricketers have won the second Test at Lord's, beating England by 95 runs on the final day. 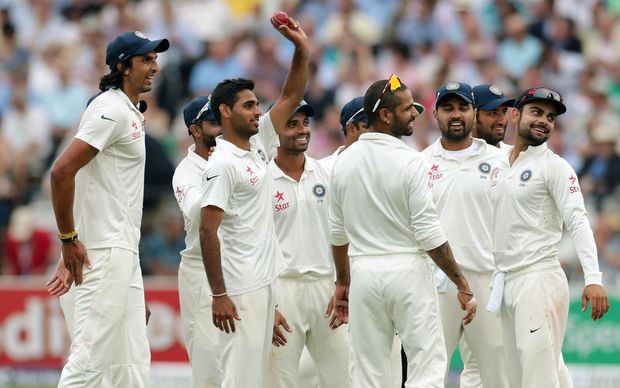 India's second victory at the home of cricket and first since 1986 continued England's miserable year after series defeats by Australia and Sri Lanka.

Sharma finished with career-best figures of seven for 74, including five wickets in 33 balls.

India go 1-0 up in the five-match series, with the next Test in Southampton next week.

India captain Mahendra Singh Dhoni says every game is important, it feels good to win Test matches outside India, and being at Lord's, it's very special.