The Chiefs have beaten the Hurricanes 24-16 at Waikato Stadium, to keep their Super Rugby playoff hopes alive, and all but end the visitors' chances. 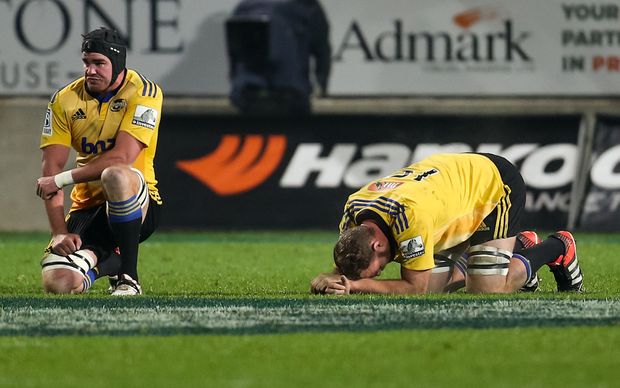 The Chiefs scored two tries to one and led 16-6 at half-time with the only try of the first half, prop Jamie Mackintosh crashing over from close range.

The Chiefs had lost their last three matches and were last in the New Zealand conference.

All Blacks lock Brodie Retallick scored the Chiefs' second try with less than 20 minutes to go, to extend the champions' lead to 15 points.

Hurricanes midfielder Hadleigh Parkes crossed on the 65th minute mark after a lineout but that was the end of the scoring.

With the Hurricanes sitting out next week's final round of the regular season with the bye, the result almost certainly ruins any hopes they had of making the finals.

They remain fifth on the table on 41 points, but will now have to rely on other results going their way to have any chance of keeping a place in the top six and making the playoffs.

On 40 points, the seventh-placed Chiefs face the Blues in the final round.