The prospect of breeding a low-methane sheep has moved a step closer thanks to a joint New Zealand-US research project aimed at reducing methane emisisons from sheep. 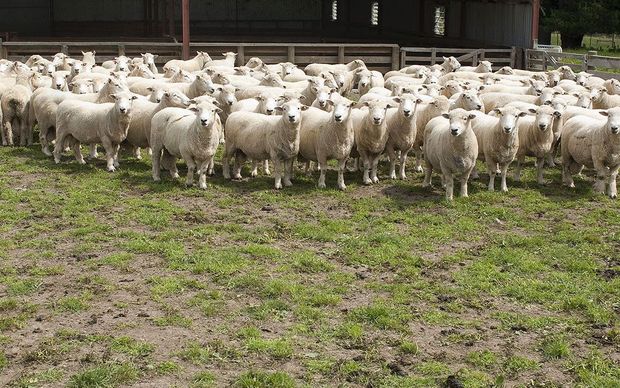 The national livestock survey shows there are 29.8 million sheep in New Zealand with sheep numbers at an 80 year low. Photo: PHOTO NZ

Methane, mosly from livestock farming, is the single biggest green house gas produced in this country.

The methane belched by sheep and other ruminant animals is produced by microbes in the rumen, called methanogens.

The scientists at AgResearch and the US Department of Energy's Joint Genome Institute, have been able to identify microbial differences in the rumens of sheep with high or low methane emissions.

Project leader at AgResearch, Dr Graeme Attwood, said it will help with the objective of breeding low methane emitting sheep.

"There's been a large programme going on in New Zealand about breeding low methane emitting sheep. And it's been shown that those animals have a heritable trait for methane. So, what we've done is taken some of the high and low methane emitting animals and investigated the microbial populations in their rumens, to see what might explain these differences.

So the work that we've done was to analyse the DNA and the RNA from the rumen samples we collected from those animals and we found some distinct differences between the highs and lows and that begins to help us understand the differences which we think will help in the breeding process, but also may identify alternatives for achieving a low methane animal through other methods as well."

Dr Attwood said that could include the use of drenches targetting the main methane producing organisms.

"Another approach that the group is looking at is to use proteins from these methanogen organisms to raise antibodies and develop a vaccine for controlling methane. And there's also a variety of forage pasture species which show low and high methane characteristics so, understanding the rumen microbes involved in all of those three processes will help us get towards a low-methane animal."

Graeme Attwood said the first sheep bred for low-methane emissions could be available in about three years, for gradual introduction into the national flock.