A farm finance specialist and consultant says there's a chronic labour shortage on dairy farms and the poor reputation that many farmers still have as employers is part of the problem.

Don Fraser, of Fraser Farm Finance, says he's been surprised at how difficult it is to find farm staff and he doesn't think it's wage rates that are the issue. 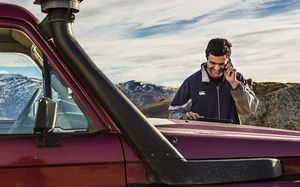 Many farmers have a poor reputation as employers. Photo: PHOTO NZ

A recent survey of dairy farms have found most of those checked breached employment laws in some way.

Don Fraser says farmers need to to lift their performance as employers.

" I mean they live on the same factory floor and all work together and it can be almost claustrophobic, working together 24-seven.

"But I do think, even I as a dairy farmer, I wasn't a particularly good employer, I didn't understand the issues. And I think that a lot of farmers are working on historical standards and expectations and I do think they need to lift their game because if you keep doing the same ,you keeping getting the same results and a lot of kiwi kids won't work on dairy farms because they're treated so badly."

Mr Fraser says while farmers need to take a good look at how they handle staff and the time off roster, school career guidance people also need to lift the image of farming to their pupils.