The Labour Party says AgResearch has been hiding from farmers the huge risks in dismantling much of its Invermay campus near Dunedin. 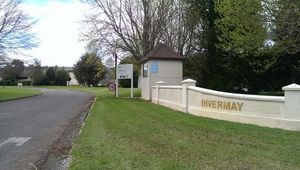 AgResearch plans to shift its animal genetics teams of about 80 scientists and other staff from Invermay on the Taieri Plain to a new hub in Lincoln by 2016, leaving only about 30 staff.

The Dunedin City Council has led a campaign to reverse the decision.

In response to early Official Information Act requests, AgResearch released only the first 40 pages of the case. It has now published the full 103-page document, though much of the detail is still blacked out.

Financial calculations previously withheld show the worst-case scenario for AgResearch's $100 million restructuring would leave it $11 million worse off than if it stuck with business as usual.

Labour's Dunedin North MP David Clark says farmers have been treated like mushrooms - kept in the dark and fed manure. "It looks like they've kept it secret for a reason, to be honest," he says. "They show in the longer business case that this change could hurt farm returns.

"The risk that this could be a bad decision was evident from the outset to industry stakeholders, but AgResearch had tried to paint this as a win-win-win situation.

"The farmers know differently - and now we have on paper scenarios that say if this doesn't work out perfectly according to the schedule, it could be terrible for farming in the future of New Zealand."

Texel and other sheep farmers from Otago and Southland are holding a public meeting with AgResearch representatives on Wednesday in Gore about the Invermay plan.