Police Minister Stuart Nash is being accused of treating the public with "contempt" and playing with semantics for not disclosing an investigation that had been launched into the leak of a police watchlist. 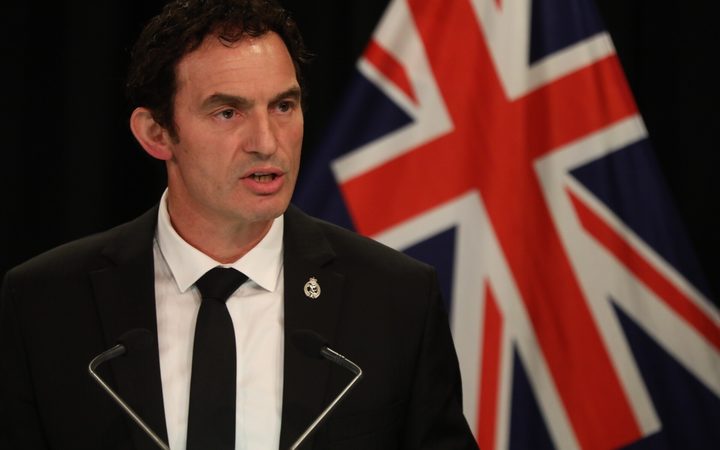 Yesterday, RNZ revealed Police Commissioner Mike Bush had launched an investigation on Tuesday morning into how the names of people on a watchlist drawn up after the Christchurch terror attack was leaked to the media.

It came after media reported on Sunday that more than 100 people - including white supremacists and Muslim converts - were being actively monitored by police.

A police spokesperson said in a statement that while the information was not classified as "top secret" its release was being taken "very seriously".

Hours after the investigation was launched, during Question Time in Parliament, Police Minister Stuart Nash said he had not been advised of any leak of "top secret" information.

National Party police spokesman Chris Bishop said Mr Nash was playing silly games with semantics, but yesterday Mr Nash was back in the House standing by his comments.

Talking to media afterwards, Mr Nash stressed that it would have been inappropriate for him to suggest there had been a "top secret" leak.

Mr Nash said top secret information needed to be really serious - and in this case the watchlist was not.

But Mr Bishop said that was not a good enough response for Parliament or the public.

"I think Stuart Nash is treating the public with contempt to be honest.

"This is a very serious matter, the Police Commissioner himself says it's very concerning, and they're looking into how a media outlet got a hold or a part of a copy of this confidential watchlist of people that police are looking at.

"The Police Minister should be taking it very seriously as well and quite frankly, he is not,'' Mr Bishop said.

He said he did not think the minister was being particularly open or transparent - both of which the government publicly claims to be.

"We now know the Police Minister knew about that in Question Time on Tuesday,'' Mr Bishop said.

So why didn't Mr Nash just tell the House that while the watchlist was not top secret, it was confidential, and an inquiry had been launched?

Mr Nash said: "Words do matter, and I think if I'm loose with my language then I run the risk of undermining the great work of police and I'm not prepared to do that''.