Offenders will soon be identified by fingerprints and facial recognition rather than name-based records, under a bill introduced in response to Phillip Smith's escape to Brazil. 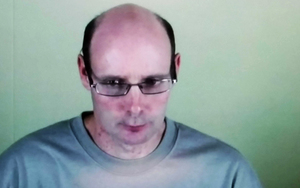 The bill - which was introduced into Parliament today - is part of the government's response to an inquiry into how Smith escaped prison and managed to fly to Brazil in November 2014.

Justice Minister Amy Adams said there would be a single shared record of photos, fingerprints and facial recognition, which would strengthen how frontline agencies verified the identity of offenders.

"Too often we've seen misspelt names, aliases, using different information, being able to defeat the purpose. So this makes sure we're relying on information about an individual that can't be altered, and that's shared right through the system in real time, so Customs, police, Corrections and the courts know immediately who someone is and what restrictions they are subject to."

Ms Adams said police would also be able to get instant information from Corrections about a dangerous offender who was unaccounted for, and Customs would be informed if that person tried to leave New Zealand.

She said the the bill also included clear parameters and circumstances in which information could be shared.