The Prime Minister is backing official advice not to spend any more money on tackling child poverty, but to change family assistance funding instead. 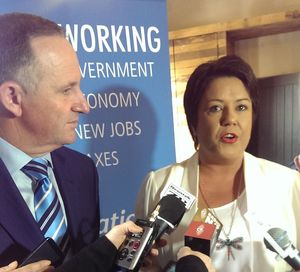 Officials are recommending the Government not spend any more money fighting poverty, despite believing that would alleviate the problem.

Ministry of Social Development officials have suggested that the Government give less money to poor families with older children and instead give more to those with young children.

The details are outlined in reports made to government ministers in response to the Children's Commissioner's Expert Advisory Group's report into child poverty.

But he said the Government would not recommend any changes to tax credits or Working for Families at this stage.

"In fact there's been quite a number of reports that have made the case that probably too much money is put into older children and not enough put into younger children."

He said the Government would consider all proposals.

The Labour Party said it was surprising officials had advised not to give those living in poverty more money.

Labour's spokesperson for children Jacinda Ardern said that advice was contrary to what every other report into poverty has said.

"So I'm a bit worried that rhetoric and sentiment rather than concrete ideas that will make a difference."

She said child poverty was about family poverty and whether those families have enough money to get by.

The Green Party said the official advice is miserable because incomes must improve for child poverty to end.

Greens' co-leader Metiria Turei said that it was it was appalling a Government agency would recommend money should be taken from one lot of poor children and given to another lot.

"John Key needs to step aside from his ideology to look at these reports clearly and with a new focus where children are at the centre of his decision making."

One of those who helped with the report, Otago University researcher Simon Chapple, is surprised by the advice from the Ministry of Social Development.

"So the notion that no more money should be spent, you know, seems a very political one."

The advice has finally been released under the Official Information Act after Radio New Zealand made a request in May last year. It took a complaint to the Ombudsman's Office to force former Social Development Minister Paula Bennett to release the information - but even then she managed to delay the release until after the election.

"If the policy objective is to reduce measured income poverty for families with children then clearly the incomes of low-income families need to increase (eg through higher employment income, reduced taxes or higher transfer payments)," the paper says.

But it also points out the National-led Government's approach is based around getting people back to work while helping those who need support. It argues education and affordable healthcare are also important. 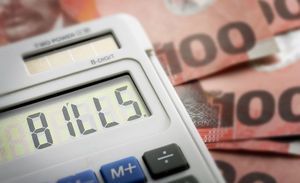 Instead of spending more money overall to deal with child poverty, ministry officials recommend changing the way support is given to low income families. Specifically, they suggest the Working for Families tax credits be changed so that poor families with young children receive more, while those with older children have their tax credits cut.

To soften the blow, the paper recommends any change be "grandparented" so the lower tax credits only apply to families as their children get older, rather than immediately penalising families with teenagers.

The papers make it clear the ministry accepts the Government's line that it is important to maintain the gap between the income families get on the benefit compared with what they get from work.

As well, it warns about the cost to the Government if it did agree to spend more more money on low income families, as the Expert Advisory Group recommended.

Prime Minister John Key said those views had been held by officials for some time.

He said more money would help tackle poverty, and the Government is in the early stages of considering that.

Harder to get out of poverty

The documents obtained by Radio New Zealand also spell out how serious child poverty is in this country.

Child poverty rates in 2011 were double what they were in the 1980s and are two to three times higher than the poverty rates for people aged over 65.

The papers also confirm that, under most measures, child poverty rates got better in early 2000s but have not improved since 2007. The ministry also reports that more than half the children in low income families are still living in hardship seven years later.

While officials reject the Expert Advisory Group's main recommendations to provide more financial help to poor families they do say some of the group's proposals are sensible.

These include establishing a warrant of fitness for rental accommodation, making changes to social housing, targeting childcare at low income families, creating incentives for Work and Income to get people into work, and improving the financial literacy of low income families.

Officials are not keen, however, on another proposal to pass on the child support payments to parents who have custody of their children.

Children's Commissioner Russell Wills said the advice to the Government could help young children living in severe poverty, if implemented.

The Government had difficult choices to make, with economists pointing out they needed to invest carefully where it would make the biggest difference, Mr Wills told Morning Report.

"Data shows that it's the youngest in the largest families who are most affected by poverty.

"One of the reasons for that is the way our policy settings are set, and so that's something that we could change."

Mr Wills said he was hopeful there would be some action to make that change.