The Labour Party says it will ban the sale of cosmetics tested on animals if it wins this year's election on 20 September. 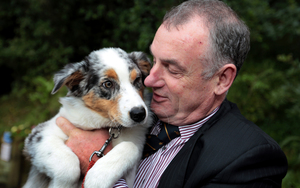 Animal Welfare spokesperson Trevor Mallard says animal testing of cosmetics is not carried out in New Zealand as it is illegal, but there is no restriction on animal-tested beauty products being imported and sold in the country.

Mr Mallard said Labour would ensure that no make-up sold in New Zealand has been tested on animals by formally prohibiting it.

"We think it's just unacceptable to test cosmetics on animals, there's no need for it.

"Our ban will not only formalise it in New Zealand legislation, whereas currently it's only part of a code, but it will put it into primary legislation, and we will ban the importation of products that have been tested on animals."

The ban would apply to both finished products and ingredients, or combinations of ingredients.

Mr Mallard said legislation enacting the policy would be restricted to cosmetics, toiletries and fragrance, and won't affect medicines.