With the general election only 13 weeks away and the political focus still mired in arguments over alleged donations and access to ministers, opposition parties are trying to get the agenda back on track.

Potential voters have also had to wade through Labour's allegations of a dirty tricks campaign by National over the Donghua Liu donations row, and Opposition point- scoring over the resignation of the ACT's John Banks. 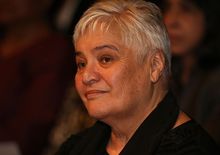 Tariana Turia, co-leader of the Maori Party, said those issues were taking up more time in Parliament than they should.

"It does make me, I have to say, quite angry that we lose focus and end up arguing about things that at the end of the day are not going to make one iota difference to the lives of people who are struggling to survive."

On Tuesday, the Greens urged politicians of all parties to refocus on poverty. Co-leader Metiria Turei said she was getting sick of MPs wasting time in Parliament and New Zealand families deserved much better.

"We have one in four New Zealand children are living in poverty ... and yet National and Labour are embroiled in a donations scandal. It's not relevant to New Zealand families."

Labour's finance spokesperson, David Parker, said the party was trying to fight on the main issues, such as poverty.

"Rather than have these side-issues, people, I hope, vote based on what they think are the policies that political parties will bring forward in order to make New Zealand a better, fairer place."

Deputy Prime Minister Bill English admits there have been a few distractions in recent weeks but blames opposition parties for not being effective in discussing issues such as poverty.

"They're just not that relevant. It's going to be hard for them to get a political debate on their terms if that is all just about five different ways to measure poverty and how to write a strategy, yet again, for poverty."

Mr English said Government departments were focused on finding solutions for those living in poverty.