However it won't be passed into law until action taken by tobacco companies against similar Australian legislation has been resolved. 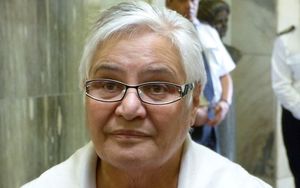 Associate health minister Tariana Turia is in charge of the bill and disagrees with that approach, saying it should become law as soon as possible.

Mrs Turia, the co-leader of the Maori Party, told Parliament on Tuesday night the move is about getting rid of tobacco branding.

"The decision to introduce plain packaging for tobacco products in New Zealand is all about the branding. It takes away the last means of promoting tobacco as a desirable product.

"When tobacco manufacturers push tobacco, they are not simply selling a stick of nicotine, they are selling status, social acceptance and adventure."

The only party to oppose the bill was ACT. Its MP, John Banks, told the House it would be more honourable to pass legislation banning tobacco altogether, as this bill inhibits companies from carrying out their lawful business.

The bill will now go to a select committee for public submissions.

Earlier, Prime Minister John Key said the Government intended to only pass the bill through its first reading and then put it on hold.

"I don't really see the point in us finally passing the legislation until we see exactly what happens in the Australian court case. We have a slightly different system, but there might just be some learnings and if there are learnings out of that, it would be sensible to potentially incorporate those in either our legislation or avoid some significant costs."

But Tariana Turia said she didn't know why the Government needed to wait.

"Our legislation's quite different, the rules around tobacco are quite different, and there is still a brand on these cigarettes, so I don't know what the delay would be. We've got thirteen people who die a day in this country, five thousand a year - why would we wait?"

The Labour Party has urged the Government to pass the legislation into law before the Trans-Pacific Partnership free-trade agreement is signed.

"I think that's regrettable, I think the best way through this would be for New Zealand to take a very clear an upfront position on plain packaging."

Mr Cunliffe said if the plain packaging regulations were in place before the Trans-Pacific Partnerhsip deal takes effect, then it would be less likely to be retrospective.

"Imagine the difficulty of signing a retrospective instrument which gave corporates the right to sue the New Zealand Government.

"If we have a legitimate health regulatory policy step, then we should pursue it in the public interest. The Government should not be running scared of tobacco interests because they're worried about being sued."