The Prime Minister has confirmed the Government has cancelled the passports of a handful of New Zealand citizens wanting to fight alongside rebel forces in Syria. 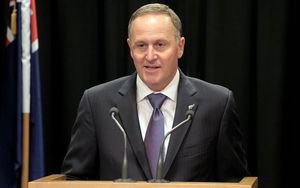 John Key told reporters on Monday the Government is aware there are, however, some New Zealanders fighting in Syria.

Mr Key said when authorities are aware of people planning to go to Syria to fight they stop them, and passports can be cancelled under a law change made in 2005.

He said while it is not illegal for someone to go to a war zone, authorities will step in if they believe an individual is at risk or could be radicalised by the experience.

A small group of New Zealanders have made it to Syria and the Government needs to track their whereabouts, he said.

John Key would not say who the New Zealanders are fighting with in Syria.

A Syrian living in Auckland says he has heard of at least one New Zealander going to fight with rebel forces and being killed in the conflict.

Mr al-Diery said there are stories of families in New Zealand who have lost loved ones but those who go aren't radical or extremists and have the intention of defending people they view as oppressed.

Meanwhile, opposing sides in Syria's civil war are due to begin a second round of peace talks in Switzerland on Monday.

The first round broke up just over a week ago in Geneva. Since then, aid convoys have delivered supplies and evacuated civilians from a besieged district of Homs - although a local ceasefire was broken by shelling.