Social Development Minister Paula Bennett says the Government is making progress to reduce child poverty, despite a new report showing a quarter of New Zealand's children are living in poverty.

The first Child Poverty Monitor report was released on Monday and says the families of 265,000 children live off less than 60% of the median household income, and the percentage of children in poverty has nearly doubled from 14% in 1982 to 25% now. 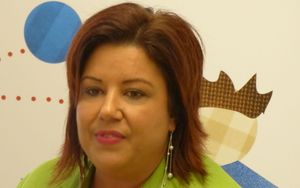 Opposition parties are blaming the policies of the present Government, saying it is a radical wake-up call.

The Green Party says there needs to be a standardised measure of child poverty introduced.

Health spokesperson Kevin Hague says the Government has chosen to deliberately not know the real extent of the harm poverty is causing children - because it suits it not to know.

Labour Party spokesperson for children Jacinda Ardern says the Government can no longer ignore child poverty and National has to make some real commitments to tackling a problem that a country as wealthy as New Zealand shouldn't have.

"What they continually highlight ... is what they're doing around insulating homes and targets on rheumatic fever. No-one's arguing that we shouldn't be doing those things but they are simply papering over the consequences of poverty."

But Paula Bennett says she does not believe there should be a defined line under which a child is considered to be in poverty.

"You could miss out on services for a whole lot of children that need them because they don't meet an arbitrary line that some government has put in place. There are children that need our support, both financial and in a more wrap-around service-orientated way, that if we picked a number or picked a measure, would not mean that they got it."

Earlier, Prime Minister said that the Government has stepped up work on home insulation and rheumatic fever, and maintained other programmes during hard times.

John Key says when other countries were cutting spending on citizens during the global financial crisis, New Zealand maintained programmes such as Working for Families and income-related rents.

"I do think that we've done a lot of things in the time that we've been there, including maintaining all of the Working for Families and other entitlements, which predominantly go to low income families. But in the end, I know from all the research I see, the fastest way to get children and grown-up New Zealanders out of poverty is through work."

Mr Key says child poverty was only slightly less under the previous Labour Government, which had the biggest financial surplus in New Zealand's history.

One in 10 children in severe poverty The Child Poverty Monitor is a joint project by the JR McKenzie Trust, the University of Otago and the Children's Commissioner and aims to measure the progress of poverty indicators annually to reduce hardship and raise awareness.

The report found that of the 265,000 children now living in poverty, 180,000 are missing out on basic necessities such as a good bed, doctors visits, heating, meat and fresh fruit and vegetables.

The report says 10% of children are in severe poverty, which means they are going without the things they need and their low family income means they don't have any opportunity of changing this.

Hospital admissions have risen to 40,000 children a year since 2007, with asthma, bronchiolitis and gastro the most common complaints.

Children's Commissioner Russell Wills told Radio New Zealand's Morning Report programme on Monday that the most effective way to reduce child poverty in the country is to having a plan enshrined in legislation.

"It needs to hold future ministers and chief executives accountable and we need to set targets. Then, what we'll see, like the road toll and drink driving, is that child poverty will decrease slowly over time."

Dr Wills, who is also a paediatrician, says he sees many examples of severe poverty particularly in Maori and Pacific children, who are living in crowded cold and damp homes and end up ill in hospital.

'Radical action' called for in Northland

A Northland health organisation is calling for radical action to arrest the spread of child poverty.

The chief executive of primary health organisation Manaia Health says the Child Poverty Monitor report shows nothing new - except that the problems of children living these circumstances are getting worse.

Chris Farrelly says his generation of New Zealanders inherited the legacy of the 1938 Social Security Act, which gave everyone free health care.

"That was the legacy that was left to me. The legacy we're leaving is that healthcare now is out of affordability for many of our young children."

Mr Farrelly says nothing short of free health care for everyone under 18 will avert the dire consequences of allowing large numbers of children to grow up with lifetime deficits in health, learning and earning capacity.

He says the Government has funded many worthy initiatives, including home insulation and free health care for those under six years old, but the latest report shows they are simply not enough to address the poverty trap.

Meanwhile, a Northland researcher says the Child Poverty Monitor report understates the size of the problem in the region and the remedy must be an investment-based approach to the needs of children.

Sherry Carne, who carries out independent research for health providers, says 60% of children in Northland live in poverty, and parents of children in hardship are not necessarily beneficiaries but can be low-paid workers.