Ms Williams received 8119 votes - more than double those of her nearest rival.

She has a clear majority of 4613 over National's Matthew Doocey, who got 3506 votes. David Moorhouse of the Green Party came in third, with 926 votes. 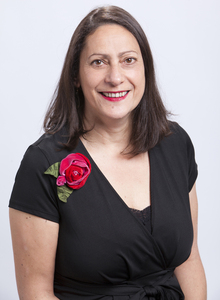 Ms Williams, who won 61% of the 13,318 votes cast in Saturday's election, says she's exhausted, but over the moon with the result.

She says the vote is an indictment of the way the Government has responded to Christchurch in the aftermath of the earthquakes and she reaffirmed her promise that she won't let the electorate down.

The Electoral Commission says 3241 people made advance votes - the most ever issued for a by-election.

Labour leader David Cunliffe says Poto Williams has stormed to a "stonking good win", which is nothing short of a triumph, and a signal that the National government is in trouble.

Mr Cunliffe says the people of Christchurch East have come to trust Ms Williams for her grace, dignity, and quiet determination, and Parliament now has an extraordinary new MP.

In conceding defeat, Mr Doocey said he felt like he was up against the Labour Party leader, David Cunliffe, during the campaign.

"I think for someone like me who's so new and coming in as a candidate, I really took that as because they saw I was someone who was credible and a threat to them, so he stepped in."

The by-election was sparked by the resignation of the former Labour MP, Lianne Dalziel, who is now the city's mayor. She won the 2011 election with a majority of 5334.

Polls closed at 7pm after what the commission described as a steady voter turn-out at the electorate's 24 polling booths. The seaside electorate stretches from the Waimakariri River to the Avon estuary.

The official result, including overseas and special votes, will be announced by 10 December.