The head of Parliamentary Service, Geoff Thorn, has resigned following fallout over the release of a journalist's phone records to a ministerial inquiry into the leaking of a spy agency report. 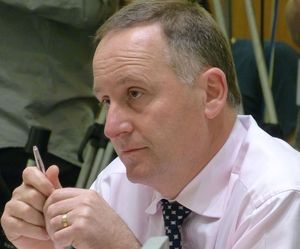 Mr Key is coming under increasing pressure after being forced to concede on Wednesday that his chief of staff, Wayne Eagleson, told Parliamentary Service to give phone records to the Henry inquiry.

The Speaker, David Carter, apologised to Ms Vance this week after a contractor working for Parliamentary Service mistakenly handed over her internal phone records to the inquiry.

Mr Carter said he accepted Geoff Thorn's resignation on Thursday with some regret, but both acknowledge that confidence in Parliamentary Service has been undermined by recent events, and as general manager Mr Thorn accepts responsibility for this.

Labour leader David Shearer said the party respects Mr Thorn's decision to resign, but he is ultimately a scapegoat for the Government after being pressured by the Prime Minister's Office to release the reporter's records.

Mr Shearer said those in charge never have to face the consequences. "It's about the Prime Minister pushing the responsibility for wrong actions down the chain. It's getting others to take the blame for him. And we've seen this happen time and time again."

The Green Party believed Mr Thorn's decision to resign is the right one, saying there were serious mistakes made that had serious implications. Co-leader Russel Norman said the party now wants to see what responsibility Mr Key and Mr Eagleson will take.

Geoff Thorn's last day will be on Friday, and in lieu of notice a payment equivalent to three months' pay and entitlement has been agreed. He has held the position since December 2007.

Prime Minister John Key said on Wednesday that his chief of staff, Wayne Eagleson, emailed the Parliamentary Service on 9 May to confirm that he wished it to make available to the inquiry records in relation to ministers and their staff.

"At no point did he ask for information about journalists. That would not have been appropriate or right. He didn't do so, nor did the inquiry want that information."

The Parliamentary Service service is charged with running Parliament independently from the Government. Asked to explain why, if his office does not have authority over the service, Mr Eagleson was able to tell it what to do, Mr Key said that was because he ordered the inquiry and the people being questioned were his ministers.

Mr Key also tabled emails confirming that David Henry had received a report on all the calls between Ms Vance's phone numbers and others, but had not looked at them.

Mr Key was questioned about another email in which the inquiry asked for records documenting any contact between ministers' phones and Andrea Vance's landline, her parliamentary extension, and her mobile. He denied that could have been misinterpreted as a order to release the journalist's information.

Green Party co-leader Russel Norman said the Prime Minister's Office is a branch of the executive part of government and has no legal or other right to tell the Parliamentary Service what to do.

"The fact that the Prime Minister's chief of staff was effectively telling Parliamentary Services to release information about Peter Dunne is a constitutional outrage."

Andrea Vance says she is "mad as hell" at being "snooped on by Parliament's bureaucrats" and has called on the Prime Minister and David Henry to take responsibility for the release of phone records.

In a column in the Dominion Post on Thursday, she said John Key ordered the inquiry so he cannot shrug off responsibility for how it was conducted.

She also said it has become obvious that the Government has a casual disregard for media's true role as an independent watchdog.

Ms Vance said she is not confident about assurances given in Parliament that no one actually viewed her records.

New Zealand First leader Winston Peters echoes that view and said he is sure the data would have been looked at.

"I mean the very idea that human nature does not take over in these sorts of things is just an extraordinary leap of faith. The fact is, the information was there, curiosity always killed the cat, and in this business, in politics in particular, they would have looked at it. "

Labour Party leader David Shearer said the controversies surrounding the intelligence agencies have eroded the public's confidence in them. He told Morning Report an independent review into the agencies would restore some confidence, as such a review has not been done since 1976.

Press freedom group Committee to Protect Journalists said the handing over of phone records and allegations the Defence Force spied on freelance reporter Jon Stephenson indicate all journalists must now work under the assumption that they are being spied on.

The committee's Asia Coordinator, Bob Dietz, told Nine to Noon says he would usually expect such a level of surveillance in China or Vietnam - not New Zealand.