A colonial eurocentric view of climate change is failing to recognise many of the threats and impacts in the Pacific, says a researcher. 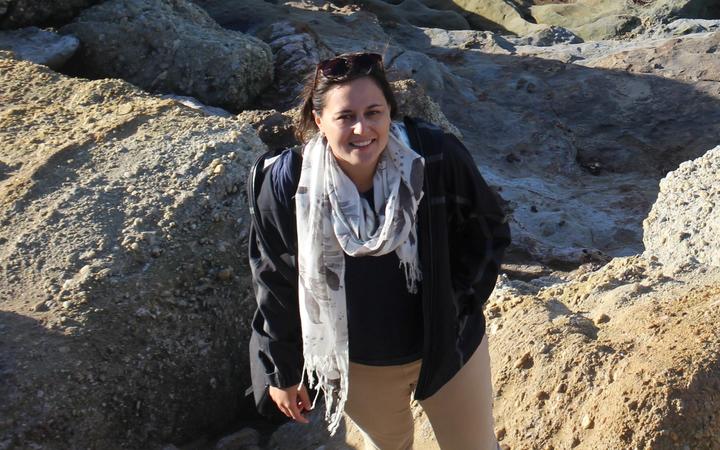 For her PhD thesis at the University of Waikato, Jessica Pasisi spoke to 12 women from a range of ages and backgrounds on Niue for their take on how climate change is affecting them.

They ranged from women fresh out of high school to a woman nearing 90. It also included People from a range of careers, and with various responsibilities in their families or villages.

"Thinking about how climate change affected their everyday experiences ... and then thinking about that in the kind of wider context of a Niue-centred cultural approach to doing research," said Dr Pasisi.

Dr Pasisi, who is Niuean, also compared that to how climate change is covered in mainstream media, academia, and other avenues - and who was doing the talking. A lot of the discussion spoke across and about Pacific islanders, she found, rather than trying to understand them. It was dominated by western-based organisations that spoke in an impersonal sense.

That included headlines such as "How to Save a Sinking Island Nation" or "Australia to help Pacific neighbours adapt to climate change" which, while important, eroded Pacific people's agency and failed to recognise what was already understood and being done by islanders themselves, she said.

"Part of my research was sort of pushing back on this idea about sinking islands, and thinking about the kind of complexity of climate change around the region," she said.

"You know, returning agency or amplifying the agency of particularly women around the region in telling their own stories."

That included the knowledge that has been possessed by the 12 women on Niue for years, and their concerns about the effects on aspects like family, language or inter-generational knowledge in a culture that is intrinsically tied to a place of belonging.

"A lot of these women's stories were ... thinking about, you know, the different types of flowers that were in bloom, or noticing particular changes amongst specific types of tree like the mango tree," Dr Pasisi said.

"The types of fish that were abundant and not abundant, and what that meant for them living every day and how they kind of adapted to and mitigated those changes."

Only now was the discussion starting to incorporate indigenous voices in the Pacific, and the impacts of things like culture, family and languages.

"For some of these women it means thinking carefully about what their younger generations are doing, and them from the young person's perspective, it's trying to connect back with what their elders were doing, what their grandparents were doing, that really connected them to the land and really understanding all these kinds of changes that they're really being impacted by now."

The lack of indigenous representation in the discussion around climate change has recently grown louder, especially as youth protests have swept across the developed world. They are calls that indigenous people - particularly from the Pacific - have been making for years.

"It's about listening to more of the conversation," said Dr Pasisi. "How is it affecting culture and family priorities, how people see the world and their place in it."