Opinion - The "disturbing" report on racism in schools - frankly, the fact that this is news is more disturbing, writes Hye Ji Lee*]. 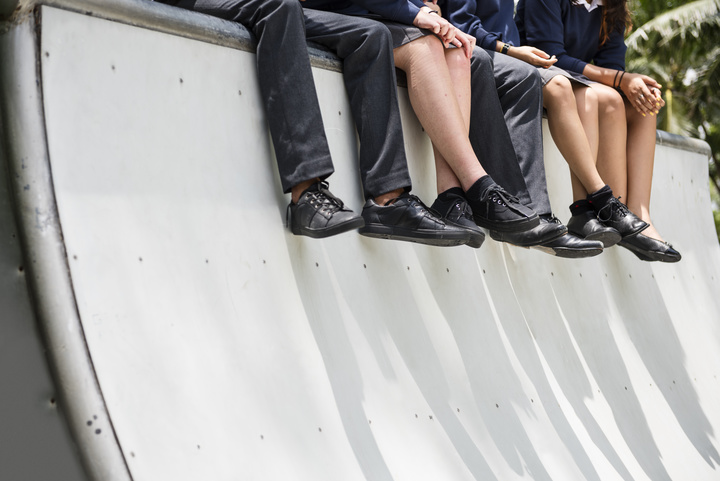 Only about half a year ago, Race Relations Commissioner Susan Devoy launched the 'Give Nothing to Racism' campaign featuring Taika Waititi, highlighting that New Zealanders were suffering in silence in face of increasing racial intolerance. Children don't live in vacuums. Racism in schools should be no surprise.

I moved to New Zealand in 2002 as an 11-year old from Korea. On my first day I learned that a) I was Asian, and b) that this was something to be made fun of. In the following years, being Asian would play in or against my favour and I was to learn how to manoeuvre this identity.

My first school was majority Pacific Islander and Māori students. There, I was a 'fob from China' and the designated greeting for me was 'Ni Hao'. I worked hard to improve my English and once I became fluent, I learned I could stand up for myself by asserting the same Kiwi accent as them.

My second school was predominantly white. There, it didn't matter how I spoke English. It was what I looked like and who I was associated with. I made conscious efforts to stay away from the 'Asians' and instead blend in with white kids. There, I was a 'cool Asian'. I learned to laugh at Asian jokes directed at me and the 'Asian Asian' kids to fit in.

The racial and identity politics were subtle and complex, but real, and in full operation every day. The target of racial jokes changed erratically, and the cruelty would vary depending on the target's position in the 'coolness' hierarchy at school. It didn't matter what you were - Māori, Indian, Islander, Arabic, Asian et cetera ...if you weren't neutral by way of being white, you were never safe.

But here is what the racism I experienced, witnessed and sometimes inflicted on others, ultimately taught me. I cannot change how I look and how others choose to treat me. Even when I have done my best to blend and fit in, it will not always protect me. I carry with myself, an unchangeable marker of being different, of being an outsider in this country.

Yet, like many others, whether that be discrimination based on race, gender, ability, I continued to live my life. My experience of racism in school taught me to be strong, to be resilient, to show up and get back up no matter what knocked me down. Although not perfect all the time, I learned to be compassionate to others, reminding myself of how I felt when I was knocked down for something I could not change about myself.

My story is not unique. There exist countless more New Zealanders whose strength and kindness go unnoticed. We are blessed to live in a society with many whom despite obstacles, choose to move forward. Upon reading this report, I felt a surge of empowerment, picturing the young students speaking up about their experience of racism, unprompted by the researchers. I feel privileged to be amongst their tenacity and courage. I feel hopeful for the kind of New Zealand to come.

* Hye Ji Lee is a writer of politics, culture and media based in Tāmaki Makaurau/Auckland and London.