Opinion - This time last year I wrote about the shameful number of children living in cars and vans. Twelve months on, and with an election looming, what's changed? 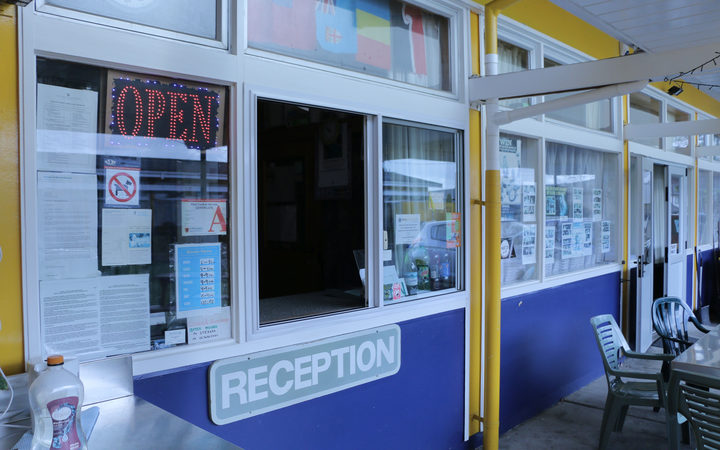 Favona Lodge in Mangere: For seven years, home to Raymond Teinaki, his wife and his sons - aged 13 and 11. Photo: RNZ / Eva Corlett

Perhaps we should ask a 13-year-old boy living with his family in a single bedroom at an Auckland boarding house: "As my brother and I are getting older, we want our own rooms away from our parents because it doesn't feel normal. Children at school wouldn't understand how hard it is at times. I never let anyone know that I stay in a lodge because it is embarrassing."

Now instead of children trying to do homework by streetlamp, we have them sharing bathroom facilities with adult strangers in lodges.

And behind these children are parents, often with at least one in work, who are unable to source adequate housing. No one should be living like this, particularly children in a wealthy developed country with a 'rock star economy'.

Here are some facts:

Is this the sign of a system that's working?

For 12 months we've been inundated with stories of families living in motels, being shunted from one place to the next, children changing schools so often they can't make friends, get any continuity of education or feel safe and secure.

As a signatory to the UN Declaration for Human Rights, our government has an obligation to provide adequate housing to our youngest and most vulnerable.

In the last week, both Labour and National have committed to reducing the number of children living in poverty by 100,000 by 2020, with Labour going one step further and promising to change the law so official measurements must be published.

At the heart of homelessness and child poverty in New Zealand is the housing crisis. The unaffordability and runaway growth of house prices has left hundreds of thousands of individuals and families unable to afford safe, secure, healthy housing.

Both major parties are on the right track with their pledges of support, but what we really need are not band aids, but policies that will help make long-term housing accessible and affordable to those who currently cannot access it.

The current prime minister may have said early this year that a surge in emergency housing grants and record house prices are "good problems to have", but try telling that to children living in hostels and sharing bathrooms with strangers.

We can take comfort that homelessness and child poverty are now front and centre of both politics and public concern, but we still have a lot of work to do. We have a choice in a couple of weeks for what kind of future we want.

Do your research and vote for those who will help end homelessness and child poverty.

Bonnie Sumner is a Hawke's Bay writer, a mother and is involved with Gimme Shelter Aotearoa.