As New Zealand's vaccination campaign ramps up speed, closer attention is being paid to those who are hesitant, with low rates among port workers in the spotlight. 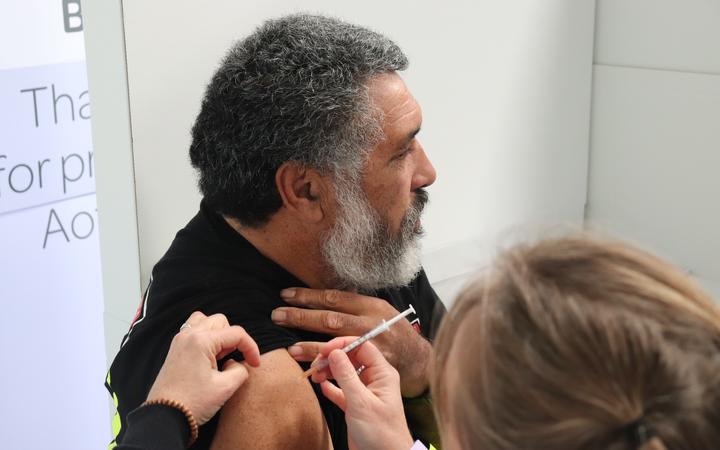 The Maritime Union is calling for health authorities to offer one-on-one consultations for port union workers who are unsure about vaccination.

The union, which represents waterfront and port workers and seafarers, says that's the best way to counteract Covid-19 disinformation.

Covid-19 Minister Chris Hipkins has blamed a 'wave of misinformation' for keeping 44 percent of port workers from getting their first dose of Pfizer.

"For example, I witnessed an event down in Napier where we had a couple of health officials talking to port workers about the vaccination and just by having that one-on-one with those workers, a fair majority of them changed their attitude to the vaccine."

Younger port workers don't engage as much with media like newspapers and television, he said.

"People are going online and looking for information and they're not getting the right information for a lot of them.

"It's all word of mouth, it's all through the social media."

Media campaigns and leaflets can help, but direct conversations are key for port workers, Harrison said.

"By having a one-on-one conversation and trying to understand their fears, it works a lot better.

"It's the history of the waterfront, we engage directly with our members."

Harrison noted that health measures and protocols were working well at the border considering New Zealand's low rate of community cases, but with the Delta variant rampaging outside borders, it's no time for complacency.

"As these new variants become more infectious, we just need to up our game.

"We strongly support our members and our workforce getting vaccinated.

"People have forgot we have had deaths in New Zealand from Covid."