Authorities will be reviewing the pause on quarantine-free travel to Victoria tomorrow, and New Zealand is beating its vaccination targets, officials say.

Associate Minister of Health Ayesha Verrall and Director-General of Health Ashley Bloomfield gave the weekly update on the vaccination programme.

Dr Verrall said the vaccination plan was on track.

Some 668,115 total vaccine doses had been administered by midnight last night, she said, with more than 104,000 doses administered in the past week and more than 19,000 yesterday.

She said it was the biggest week of vaccinations so far.

"Friday was our biggest day of vaccinations to date, with 20,015 vaccine doses administered. Within that, more than 235,600 people have received their second dose."

Overall New Zealand was 9 percent ahead of its vaccination plan, she said. A further delivery of the Pfizer vaccine yesterday meant the country had received 971,100 doses, enough to fully vaccinate more than 485,500 people, she said.

About 75,000 doses had been given to those in group three.

She said Northland, which had struggled to meet targets early in the rollout, had broken even with its targets. 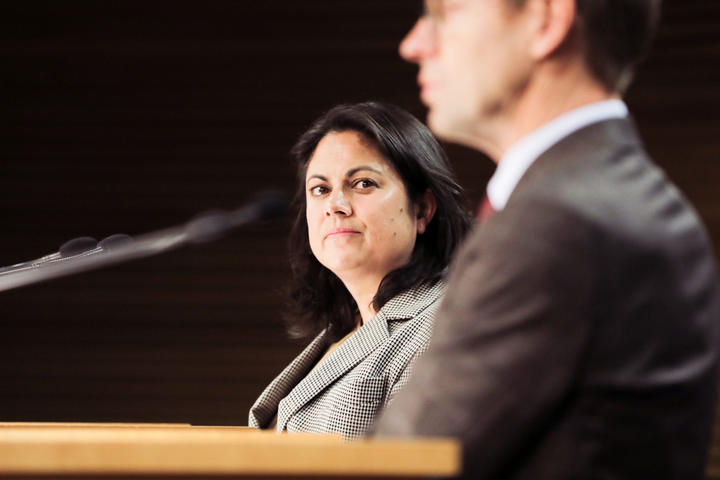 South Canterbury DHB had continued to offer the vaccine in Timaru despite the flooding, she said.

Saturday was the deadline that all MIQ workers were set to be vaccinated. Verrall said the proportion that were fully vaccinated was close to 95 percent.

She said they would be eager to see primary care providers be able to vaccine people.

Bloomfield said it was encouraging to see the rollout go ahead of schedule.

He said as the programme ramps up in July and August, many of the additional vaccination sites will be GPs and pharmacies. Vaccine stocks sat at 216,000, with another 49,000 due to arrive in the coming week, he said.

With winter coming up, he said people might mistake symptoms like a cough, muscle aches for a cold, and so people should call the healthline and get advice about getting a test.

"It's super unlikely that your symptoms will be due to Covid - until it isn't," he said, adding that the best protection was to get everyone vaccinated.

He said he had spoken with the Waikato chief executive today and the team there continues to work hard to address issues after a cyber attack caused a system outage.

An update from the chief executive was due this afternoon, he said.

Next week, there will be updated and agreed advice from the sector around vaccination of Pfizer during pregnancy, he said.

Authorities will be reviewing the pause on quarantine-free travel to Victoria tomorrow.

In Victoria, officials are strongly considering extending the seven-day lockdown due to end at 11.59 on Thursday amid growing fears about rapid transmission in settings never seen before.

Bloomfield said the 'Kappa' variant, which was first detected in India, in the Victoria outbreak was more transmissible and even fleeting interaction with people in close-contact settings had seen others becoming infected.

"Regarding the current Victorian outbreak, the likely window of infection of the index case there which happened in a managed isolation facility in South Australia has been reported as being merely 18 seconds when the person unknowingly infectious opened their door and the index case opened their own hotel room door within a very short time of each other when there was potentially still live virus in the air." 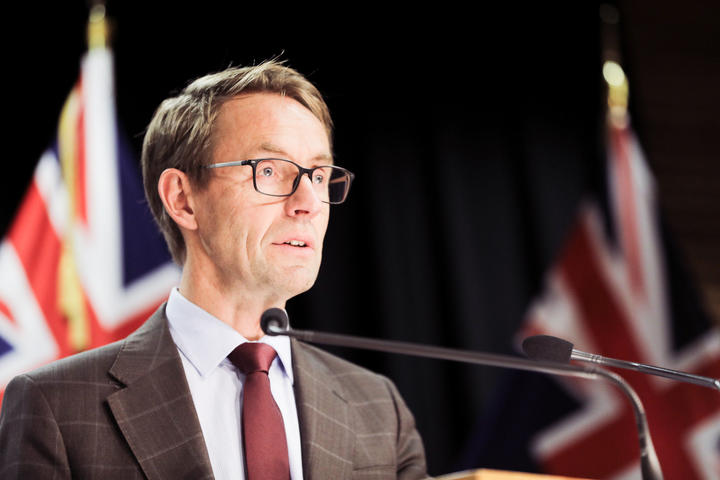 He said New Zealand health authorities would be observing the situation closely over the next 24 hours, and updated advice will be provided tomorrow to ministers about the current pause on travel from Victoria.

"With our own border incursions, we have reviewed and improved our processes in MIQ but of course no system is perfect, and so we remain highly vigilant and constantly learning and constantly looking at what others are doing overseas particularly as these new variants emerge."

"Everyone in New Zealand still needs to keep their guard up. We cannot take our current situation for granted and there are things we all need to do to keep the virus out."

Anyone experiencing hardship while stuck in Australia due to the suspension of travel with Victoria should contact Safe Travel, Verrall said.

Bloomfield said they were looking into what options were available if people were coming back to New Zealand while Victoria was still in lockdown, including the rollout of predeparture testing and testing upon arrival and a period of isolation.

However, she said the information from the start of the trans-Tasman bubble was that flyers should be aware of the risks.

New Zealand's quarantine-free travel with the Australian state has been suspended since the outbreak of community cases there, but that is due to end on Friday.

New Zealand Covid-19 Response Minister Chris Hipkins previously said that would be kept under review as the situation developed.

Bloomfield said the computer system for booking vaccinations had been trialled in four sites and from this week would be rolled out incrementally to district health boards.

"It's a very user-friendly and very good interface for people and also the fact it's also cloud-based means it's got very high capacity for people to be able to book in.

"Early on, even those in group four who are not yet in sequence to be vaccinated will be able to indicate their interest in being vaccinated."

People would also be able to call and book an appointment for a vaccine, with a healthline team is being set up for that.

More information on when people could expect to be invited for immunisations would be released over coming weeks, he said.

"We are expecting to find out in the next few days from Pfizer what the schedules of delivery are likely to be through to July."

He said the approval of the Janssen vaccine appeared to be closer than the Astrazeneca vaccine, with the committee considering that approval due to meet on 15 June.