Native lizards and Covid-19 have delayed an $11 million Wellington project by six months. 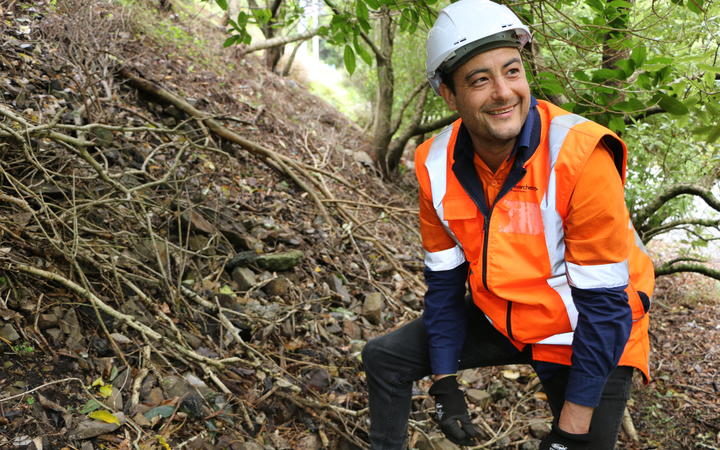 Chris Wedding is on the hunt for lizards Photo: RNZ/ Charlotte Cook

In 2017, heavy rain caused landslides on Ngaio Gorge Road, which has had a temporary fix ever since. But yesterday, the two year project to stabilise and reinforce the slip areas started - not with spades and hammers, but a lizard hunter.

Before work gets underway on the road, native lizards which were in a slumber through winter will be moved to a new home.

Wellington City Council transport and infrastructure manager Siobhan Proctor said she initially wanted to start the project in March but the Covid-19 lockdown meant it had to be delayed.

The project was then further delayed because the lizards were hibernating.

She said lizard searching would continue as the project continues.

"In a year's time we will move up to the slip area itself to collect the lizards and we will use abseilers to do that."

Proctor said lizard searching had been accounted for in the project budget. 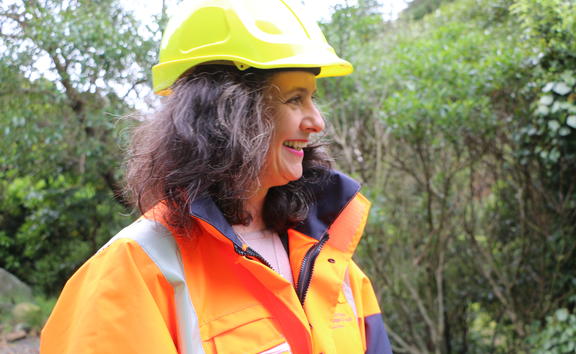 Since Monday, bio-researcher Chris Wedding has searched for the camouflaged reptiles. He has a week to look for the lizards before their homes are destroyed from construction.

He looks for the lizards by pulling apart debris and weeds, a technique he calls "systematic destructive searching".

Wellington is home to at least 17 native lizards, six of these, including three rare lizards, could be found on site.

No lizards have been found so far but Wedding is confident if he comes across one he'll be fast enough to catch it.

Wedding said the lizards had recently come out of their sleep.

"While they're becoming more active at the moment, they're still not incredibly fast, particularly compared to some of the tropical species overseas." 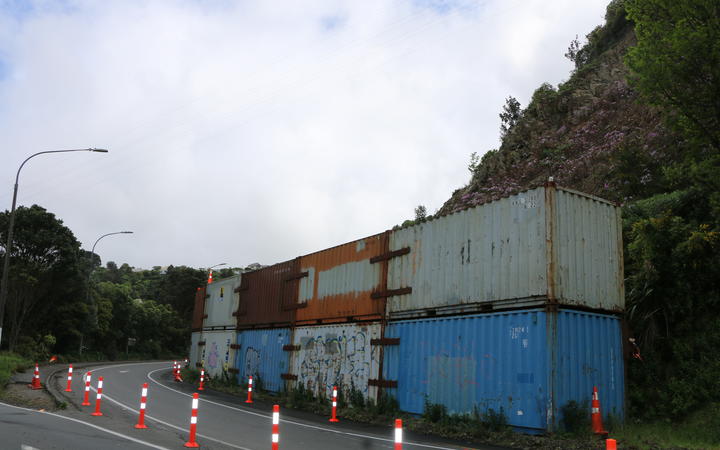 Although New Zealand's lizards are a bit more relaxed than their international counterparts, Wedding said our lizards were unique.

"Individual lizards do have different personalities, you get some that are more bold than others and I think you find that with lots of animals.

"On the whole I would say lizards are very introverted."

At another Wellington development, at Omāroro Water Reservoir, 27 lizards, some of which are pregnant, have been moved to lizard 'hotels' until work is complete.

The road through the Ngaio Gorge construction will be down to one lane for the next two years until the project is finished.