By Kerrie Waterworth for the Otago Daily Times

An 8-year-old child was high on drugs as holiday celebrations at a southern resort town veered from underage drinking to drug use, it has been claimed. 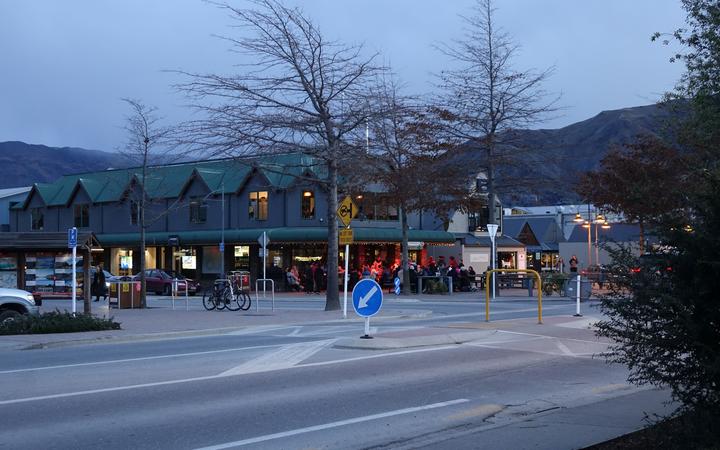 Agencies are responding to growing concerns about drug use and underage drinking in Wanaka after incidents over the New Year break.

Social services, emergency services and the Queenstown Lakes District Council will soon meet to plan for next summer in a bid to steer young people away from dangerous activities.

"That is not acceptable in my patch. We need to look at how we are serving that group of people and how we are protecting our reputation as a safe place."

Red Frogs volunteer community support group representatives told him New Year's Eve in Wanaka was the worst for alcohol or drug intoxication of any they worked in the country, Cr McLeod said.

Their biggest concern was the stimulant of choice was "veering from alcohol to drugs", he said.

There was a "whole body of work that needs to be done in terms of education - and where are mum and dad"?

Wanaka police area response manager Sergeant Miriam Reddington said many families from Christchurch, Dunedin and Gore holidayed in Wanaka because it had a reputation as a safe place.

Visitors' children and teenagers were often allowed to wander around unsupervised, or were supervised remotely by cellphone. Some were supplied with alcohol by their parents, she said.

Over the past two years, police dealt with groups of up to 500 young people on the lakefront on the nights before and after New Year's Eve, she said.

McLeod said he was at the lakefront on the night before New Year's Eve. He watched a line of police herd a large group of young people towards Pembroke skateboard park.

"I asked a policeman and policewoman what can we do to make it better and they said 'give them something to do and some place to go'."

Red Frogs spokeswoman Shannon Thomson was one of 35 volunteers who provided water, food and support to people too young to enter the waterfront bars. She saw "a lot of young people hanging around with nowhere to go, but not all are intoxicated", she said.

Over the past four years there had been many improvements to the way the council ran the town's New Year's Eve event - "but when you are dealing with teenagers you never know how they are going to respond".

Wanaka Community Board chairman Barry Bruce, in a report to his board, said the council had committed to organise a meeting of key stakeholders and staff in response to these growing concerns and to develop an action plan ahead of the next Christmas and New Year period.

McLeod said that was "good, but the emphasis needs to be on action as opposed to plan".

McLeod was right, though: "it is about action".

Council spokesman Jack Barlow said meetings with the police, Wanaka Alcohol Group, Red Frogs, Kahu Youth Trust, contractors and the Southern District Health Board should start next month. The New Year's event and potential extra events for youth would be discussed, he said.

- This story orginally appeared in the Otago Daily Times and is republished with permission.