If you've ever fancied owning one of New Zealand's archetypal back country pubs now's your chance. 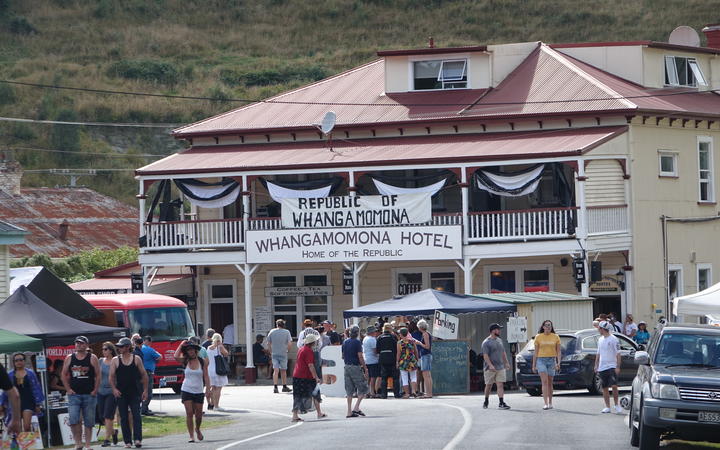 The Whangamomona Hotel is up for sale, but comes with big boots to fill. Photo: RNZ / Robin Martin

The more than 110-year-old Whangamomona Hotel in eastern Taranaki is on the market for a cool $2.1 million.

Nestled roughly halfway between Stratford and Taumaranui on State Highway 43 - otherwise known as the Forgotten Highway - Whangamomona has a permanent population of about 10, another 110 live in the wider valley area.

A self-declared republic, the focal point of town - as the locals like to call it - is the Whangamomona Hotel.

Built in 1902, it burnt down in 1910 leaving nothing behind apart from the offending coal range.

Richard and Vicki Pratt are the 39th and 40th owners respectively and have been in charge for six years.

Richard said any new owners would have to be prepared to be the centre of attention.

"Fundamentally the hotel is the hub and centre of the community if you like. We are centre of first response [in an emergency] so it's a really community-based hotel.

"It's very good from that perspective but tourism is a huge part of the business. It wouldn't be here without the tourism."

They would also have to be pretty self-sufficient, Mr Pratt said. 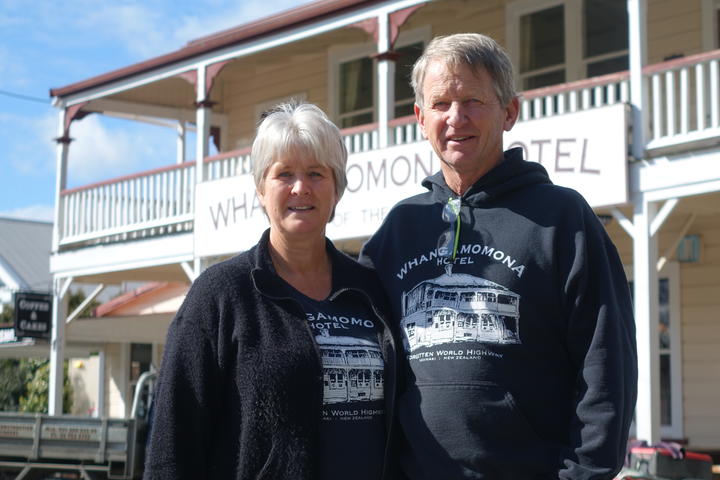 "You've got to be able to turn your hand [to most things]. Your tradesmen are a minimum hour or hour-and-a-half away.

"I pretty much handle anything but electricity - I like to be able to see what I'm dealing with."

More than 25,000 people now pass through Whangamomona each year and that number could increase significantly if the last few kilometres of State Highway 43 are tarsealed as is proposed.

To cope with growing tourism traffic, the Pratts have increased the number of hotel beds and built a new five-bed lodge last year to meet demand for ensuite accommodation.

It was the first new building in the settlement for 50 years.

Vicki said the hotelier's role had proven to be full of surprises.

"There's never a dull day. It can be a goat standing outside on your deck there or a flock of sheep coming around the corner or a horses running through type of thing.

"And you sometimes have to herd the people up because they are not the friendly kind and don't understand animals so, yeah, there's never a dull moment."

"I'd say the average New Zealander who's level-headed, calm and has a sense of adventure.

"You meet some amazing people that stay with us. Probably the majority of them are New Zealanders and the stories they tell and the people you meet are just so interesting."

John Herlihy, president of the Whangamomona Republic, had a bit of advice for perspective buyers.

"Most of the staff are locals so if you upset one of them you could find yourself short of staff and it's pretty hard to get young people to move to Whanga."

He was not thinking of investing.

"Nah I like to be on the other side of the bar. I have helped out now and again. I get behind the bar and serve beer but I don't work the till. I don't play with that computer. I just write on a bit of paper.

"So they've tried to get me to work behind the bar, but nah I'd sooner talk bullshit on the other side of the bar."

Farmer Grant Kennedy said the Pratts had been terrific - despite having the odd run-in with them.

"They're just good people. They kicked me out once. I'd probably had too much to drink. It's the story of my life."

Being a publican wasn't the right fit for him either.

"Ah nah definitely not. It'd be like a vampire running a blood bank... I like having a beer."

In fact, the business was beginning to look a bit of a tough sale - a straw poll of other locals and day-trippers also found few takers.

New Plymouth social worker Sam Warwick thought it might be a little isolated. 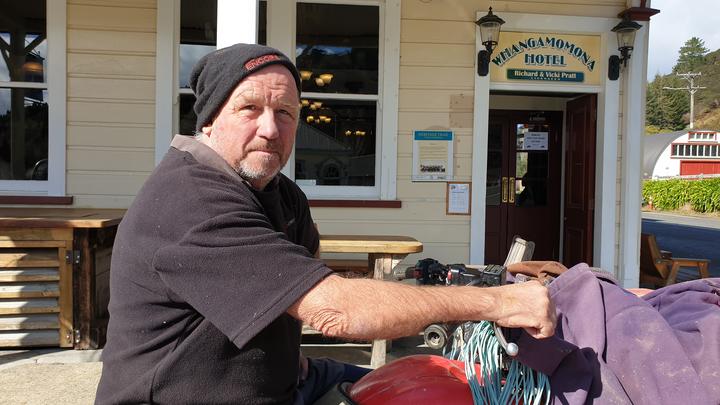 "As much as I'm a country bumpkin I feel like it might be too remote for me."

Ken Sirle was not looking for a career change.

"No thanks, I'm quite happy being a farmer."

"Probably if I had $2.1 million. Unfortunately I haven't."

Ross Hartley was also passing through. He wasn't keen on the workload.

"Absolutely not. Who'd want to run a pub and work seven days a week."

Vicki and Richard meanwhile were already looking towards the future.

"Oh a new adventure... I'm not 100 percent but I think I'd like to stay in a bit of tourism. Not sure what yet. I always think one shuts another one opens so you don't need to be rushing at our age," said Vicki of their plans.

Richard had a few ideas.

"It will be lower key. It won't be a full on hotel that's for sure. Probably boutique-style accommodation somewhere in Taranaki hopefully. It's got to have some seaside."