Sweet shop chefs were so overworked they feared they would die, a court has heard. 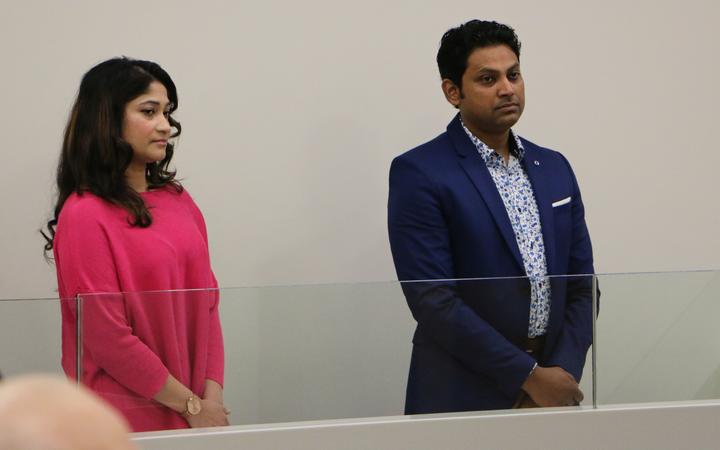 The chefs were employed by Bangladeshi couple Mohammed Atiqul Islam and Nafisa Ahmed, who were both jailed in the Auckland District Court this morning.

Islam and Ahmed, both New Zealand citizens, exploited five migrants in Sandringham's 'Royal Sweets and Cafe' between 2014 and 2016.

They were both found guilty of a number of exploitation and immigration charges after a trial ending in March this year.

Among their victims were two specialist chefs brought over from Bangladesh to make Bengali sweets, sold in their cafe and in a stand at an Asian food court.

The chefs had responded to advertisements placed in Bengali newspapers and borrowed money to travel to New Zealand, only to find their working conditions were much worse than expected.

This morning the court heard the men worked 14 hours a day - seven days a week - for more than a year and were paid $6 or less an hour.

Judge Brooke Gibson said Islam had confiscated their passports as soon as they arrived and they were taken and withheld to control the victims.

"One chef did not speak English and one was illiterate in his own language. Neither had any support in New Zealand and in my view you both engaged in the deliberate and systematic exploitation of vulnerable people," he said.

The Bangladeshi couple's exploitation scheme began to unravel when one of the chefs began asking Islam about the renewal of his visa and it was revealed no application had been made.

Judge Gibson said each of the five victims, but the two chefs in particular, had "suffered grievously" through the couple's offending.

"[One chef] said that after arriving in New Zealand I was working very long hours. I would normally work about 14 hours per day 7 days per week and this continued for about 12 or 14 months until I was so tired that I told Ahmed that I couldn't come to work. The response was 'This is a business, you can go back to Bangladesh'."

The court heard the two chefs had employment in Bangladesh and paid Islam and Ahmed money to work in the sweet shop before borrowing money to get to New Zealand.

In his submissions Crown prosecutor Jacob Parry said the exploitation also came at a physical cost, with the two sweet chefs suffering swollen legs and hands.

"Both expressed the fear that they might die from overwork."

Islam was found guilty of 10 charges of exploitation, three of attempting to pervert the course of justice and seven other immigration related offences.

Ahmed was jointly found guilty of seven charges of exploitation.

"This is plainly premeditated criminal activity that strikes at the root of New Zealand's policy on access to visas and on the terms in which people can enter New Zealand. It was in my view a selfish manipulation of people, effectively from your own community, and also the department for dishonest purposes."

Immigration New Zealand assistant general manager Pete Devoy said the outcome was a clear signal that exploitation was viewed as a serious offence.

"This type of offending erodes the dignity of the victims. I'm pleased for them that they have been listened to and believed by the jury. I thank them for their strength of character in bringing these matters to our attention and following them through to trial. It's an ordeal they should not have had to face."