A driver who struck and killed a man out walking his dog in Christchurch last year, and didn't stop, has been sentenced to community work and had her licence taken off her. 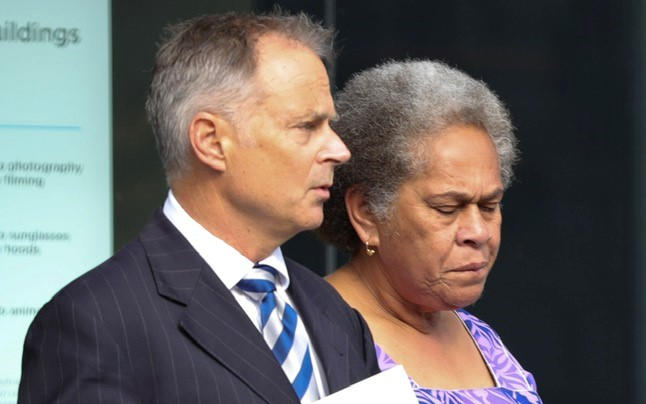 Timaima Tuilawa has been ordered to pay $500 in reparation, complete 170 hours of community work and disqualified from driving for a year.

The 56-year-old struck Steffan Pearce Loe, 30, last July, when he was walking his dogs on Gayhurst Road, near the Avon River, about 2.30am.

He died in hospital a day later from his injuries.

Tuilawa appeared in Christchurch District Court for sentencing this morning, sobbing quietly with her head bowed.

She had pleaded guilty in January to a charge of failing to stop to ascertain injury after an accident.

Judge Brian Callaghan said she was not criminally culpable for the accident itself, but the law required her to stop and check if anyone had been injured.

In a Victim Impact Statement, the man's brother, Tom Loe, told the court tearfully that he misses Steffan, who had a unique personality.

He said it angered him that Tuilawa did not come forward and admit what she had done, but instead had to be found by the police.

The defendant was only identified by chance two days later after a detective spotted a car missing a wing mirror like the one found at the scene.

Steffan's mother, Sue Peace, said her son was "vibrant", compassionate and kind, and would have stopped to help anyone, had he been in Tuilawa's situation.

She wanted his story to be told so other people knew they must stop if they hit something.

Police prosecutor Aja Trinder said it was Tuilawa's responsibility, under the Land Transport Act, to stop and look.

"A person is not entitled to succumb to fear and remain ignorant of the facts, no matter how scared," she said.

He said Tuilawa was a hard working, deeply religious, loving and charitable woman who accepted responsibility for the crime. He said Mrs Tuilawa worked at two jobs - one at a factory and another helping children at a primary school - and struggled to earn a living. She contributes extensively to her church, cleans it every day and sends money home to Fiji to support her family.

On her behalf, he provided a deep and "heartfelt" apology.

"This has caused Ms Tuilawa's life to change, as well as Steffan's family," he said.

Judge Callaghan said it was the first time he had been presented with such a case.

He said he had sympathy for Tuilawa who was "clearly full of regret," but he struggled to see why she didn't even take the step to turn the car around and look with the headlights to see what she had hit, or at least to contact emergency services when she got home.

"People need to know that failing to stop after an accident, will have consequences," he said.