The wife and two young children of a man killed in the Christchurch terrorist attacks have accepted his doctorate from Lincoln University. 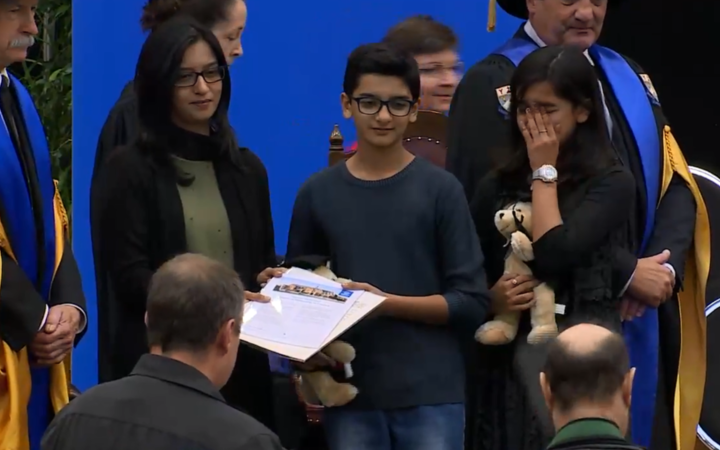 Haroon Mahmood, 41, was ready to graduate with a PhD in Finance when he was murdered on 15 March.

Another student killed in the attacks, 25-year-old Ansi Alibava was previously awarded a posthumous Masters Degree in Commerce.

She was also acknowledged at today's graduation ceremony.

"It's always in the back of your mind, it's at the bottom of your heart," he said.

"We lost more than just the two who were graduating today - we lost a person who had completed a certificate last year; we lost a person who did a PHD with me in the mid-1980s here, a good friend of mine. He was killed and so was his son. So we've lost five people and it's always there." 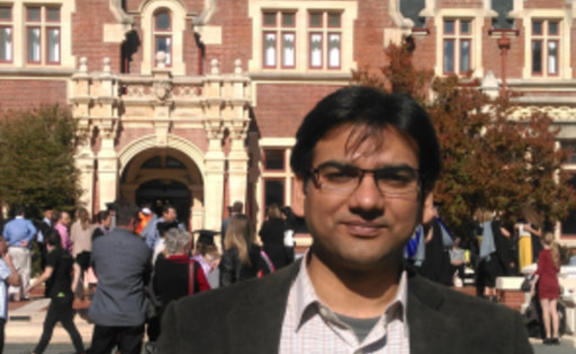 Dr Mahmood's two young children were each given a teddy bear when they walked onto the stage with their mother. His daughter wiped tears from her eyes, as did some academic staff.

"It was hard but it was wonderful to see them come," Mr McKenzie said.

"It was very moving was what it was, there were a lot of tears."

Dr Mahmood was killed at the Al Noor Mosque on Deans Ave in Riccarton.

He used to work as a tutor at the university and was an assistant professor at Canterbury College, a private school for international students.

Ansi Alibava, from Kerala in India, was killed outside the Al Noor Mosque. 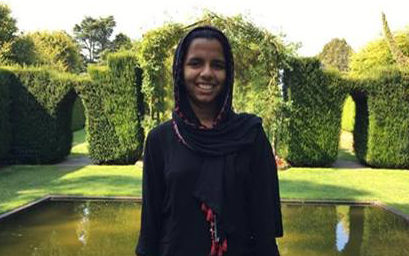 Her husband had also been at the mosque but survived.

She, too, had been ready to graduate.

The university awarded her masters degree before her body was repatriated to India so her family could be given the certificate.