A Waipu resident has described what it was like as the shop in front of his house went up in flames. 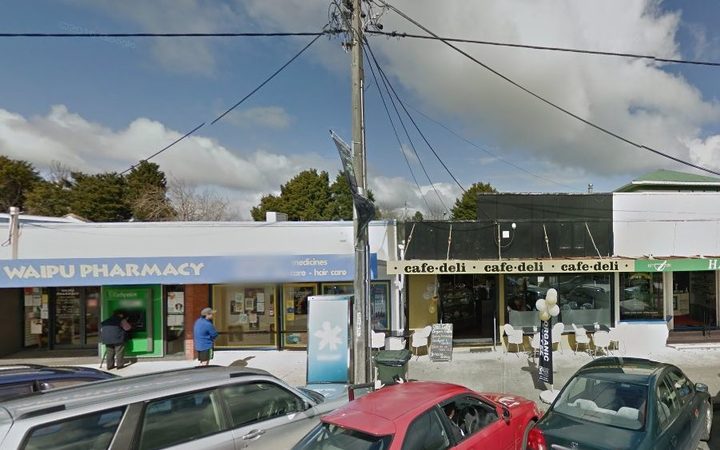 This block of shops was damaged by the fire. Photo: Supplied / Google Maps

Daniel Macdonald and his family live behind a pharmacy that was damaged by a fire that also burnt the Waipu Deli-Cafe and Harker Herbals.

He said he woke up in the night to the sound of his partner yelling that the cafe was on fire.

Mr Macdonald called 111, then they grabbed their two young children, and put them in the car.

"It's really surreal ... it was so fast, like by the time I saw the flames and it was just a little thing coming out of the back of the deli-cafe, it was just ablaze, there was banging and popping."

Mr Macdonald said the Fire Service did warn him and neighbours of an asbestos threat, but he said as everything was wet he had not been too concerned.

He said the Fire Service told him that it planned to keep the asbestos wet.

"There's going to be a containment team coming out, we've been told that guys with tank water just disconnect your tanks and the rain that's coming it'll wash your roofs and if they keep it wet and it stays wet it's only harmful if you ingest certain amounts."

The street the businesses are on has since reopened, the Fire Service said.

Residents were earlier told to stay indoors and keep their windows closed because of the risk of asbestos.

The town centre was closed between Nova Scotia Drive and St Marys Road, but reopened early this afternoon.

But Fire and Emergency said there was no longer any risk from asbestos and residents could go about as normal.