A witness to an accident in which two pedestrians were hit by a car has described the Christchurch intersection where they were struck as dangerous. 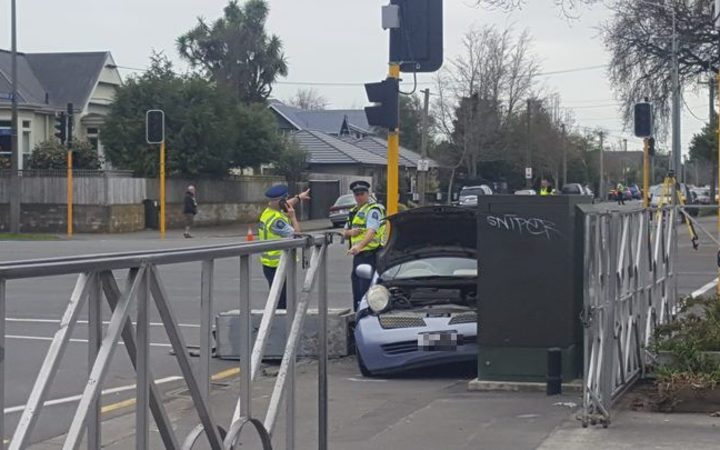 One of the pedestrians is in a critical condition after the crash on the corner of Gloucester Street and Fitzgerald Avenue.

The second pedestrian hit by the car received minor injuries.

The witness, who did not want to be named, said the traffic lights were not working before the crash.

"It's got the yellow light flashing and then a lot of cars were going quite slow," she said.

"Either it's the traffic light always got problem, or that section is actually quite dangerous."

More motorists were turning right at the intersection after changes were made to a nearby road, she said.

People were forced to use the intersection after Worcester Street was closed to traffic turning right and turned into a cycle thoroughfare, she said.

"That's why they make the next one [intersection] so busy."

Motorists can expect delays as emergency services have closed roads near the crash.