A man convicted of murdering his friend, hiding the body for 11 days, sealing it in a drum and dumping it in the Whanganui River has had his appeal thrown out by the Court of Appeal.

Neil Raymond Swain was sentenced to life in prison in 2015 with a minimum of 14 years for the murder of Whetu Hansen on his Linton property two years previously.

Mr Swain shot Mr Hansen multiple times on 24 November 2013, before dumping his body in the back of a ute. 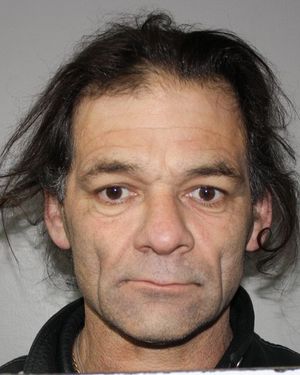 After several days, Mr Swain moved the body into a 44-gallon drum, which he then threw into the Whanganui River.

During a police search of Mr Swain's property on 5 December, officers found Mr Hansen's bloodstained ute in a shed.

"The pattern of bloodstaining was consistent with Mr Hansen having been fatally wounded in the driver's seat and then dragged along the shed floor to the tray of the ute," court documents said.

"There was a smell of decay in the shed. Maggots or fly larvae about four to six days into their developmental life were present, which suggested the body had been on the tray of the ute for some time."

Mr Hansen's body and that of his dog have never been found.

In Mr Swain's appeal, he claimed his lawyer at the trail was incompetent for failing to follow up leads, including a comment from a witness who said she had heard rumours that someone else was responsible for Mr Hansen's death.

He also said the judge had failed to give the jury appropriate direction and interruptions during video evidence had disrupted cross-examination of a key witness.

However, in a decision just released, Justice Venning has found while the technical problems were unfortunate, they would not have led to a miscarriage of justice.

He said Swain signed off on his defence, and the judge's summing up did repeat the points made by the defence about the unreliability of one witness's evidence.

In his closing remarks, Justice Venning said the murder and subsequent abuse of the body was "callous."

Mr Swain's appeal against his conviction and sentence were both denied.