Anihera Black has claimed her late husband Te Awanuiārangi's youngest victim could have been as young as seven on TVNZ's Marae programme, in her first broadcast interview since alleging he was a paedophile. 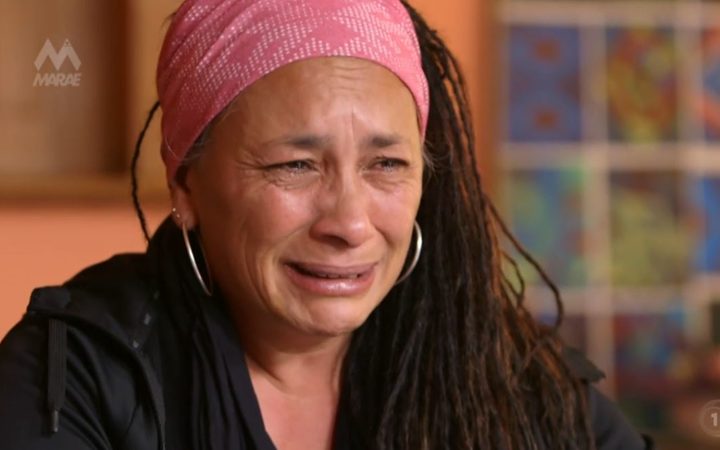 She said her claims were not allegations but truths and came out with them after discovering images on her late husband's electronic devices, and after some of his victims had shared their stories.

The youngest person to have come forward was eight years old when the abuse occurred, but Mrs Black suspected there had been younger, with one person involved having attempted suicide at age seven.

"Some of the warped things I've discovered on some of Awa's devices are pictures of him and others in naked positions, and it's obvious in some ways they've been staged for an audience," Mrs Black said.

"We have irrefutable disclosures and just because we choose to protect those people, doesn't mean they're not true."

Mr Black drank himself to death because of the shame of his actions, she said.

"He deliberately took himself out of this world because it was easier than to face all those souls he has stolen from.

"That 'great man' has destroyed the lives of people who don't have a voice to defend themselves."

He was involved in sex rings, prostitution, paedophilia and child pornography, she said.

His victims had found it difficult to come forward due to Mr Black's status in the Māori community, she said.

Asked to respond to allegations she was outing him for his marital infidelity, Mrs Black said: "This is bigger than affairs. Affairs are nothing compared to destroying people's souls.

She had not come out with the information earlier because she did not want to acknowledge that Mr Black was not the man she thought she knew.

She had sought her family's permission to make the Facebook video outing him and said the allegations had caused a great deal of pain for them.

She came out so his victims could have a voice, she said.

"I welcome those who he has stolen from to stand in their light."

But a friend of Mr Black, Willie Te Aho, told the Marae he did not believe the claims that had been made.

"I think it's wrong that his memory is being besmirched in this way, absolutely wrong.

"I absolutely don't believe he was a paedophile, I don't accept those allegations at all."

He said he had worked with Mr Black for many years and knew him well.

"I'm disappointed with the way the law is at the moment, that allows people to make outrageous statements, untested after a person has died, where they do not have the opportunity to respond."