Opinion: A far-right pair banned from speaking at Auckland Council venues claim they aren't pushing hate speech, but nobody needs a debate that risks the safety of an entire community, writes Saziah Bashir*. 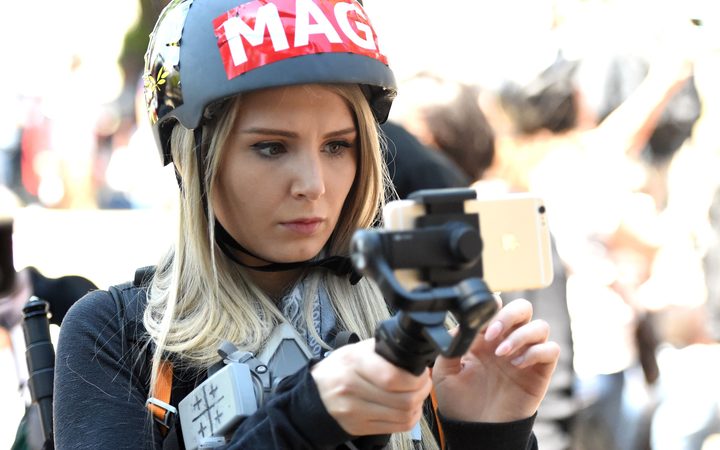 Canadian conservative and libertarian activist Lauren Southern live streams a video during a rally in Berkeley in April 2017. Photo: AFP

Pressure is mounting on Immigration NZ to take a stance against the entry of two Canadian far-right speakers: so-called journalists and internet personalities Lauren Southern and Stefan Molyneaux.

Auckland's Mayor Phil Goff has banned the pair from speaking at Auckland Council venues, calling their views divisive and "repugnant".

That followed letters from the New Zealand Federation of Islam Association to the relevant authorities seeking to have Southern's entry denied, and a current petition on change.org with more than 2000 signatures asking the same.

On the other hand, there are many who believe the pair should be allowed into the country in the interests of freedom of speech, to foster debate and provide a different point of view.

Southern is known for her controversial views on issues of race and gender, and is strongly anti-immigration, anti-feminist and islamophobic. Molyneaux - an avid advocate for Trump - is also a men's rights activist and has been described on numerous occasions, interestingly, as a cult leader.

Neither would concede that what they're bringing with them is hate speech. Indeed, Southern responded to requests for her ban by calling hate speech simply "a fancy word" to describe an unpopular opinion of the time.

But hate speech is, in fact, a legal term encapsulated in Article 20 of the International Covenant on Civil and Political Rights, a treaty which New Zealand is party to and ratified decades ago. New Zealand also gave effect to many of the rights contained within the ICCPR by enacting the New Zealand Bill of Rights Act.

The recognition of hate speech is not limited to New Zealand, with many European countries enforcing such laws, including those pertaining to holocaust denial.

The right to freedom of expression is not unfettered, nor can it be used as a crutch for the increasingly tired argument for supposedly necessary discussion and debate.

That there needs to be a debate on Islam in New Zealand is itself a ridiculous proposition because when was the last time we needed a national debate on any other religion, despite the violence some so-called members of that religion may be perpetrating somewhere in the world? 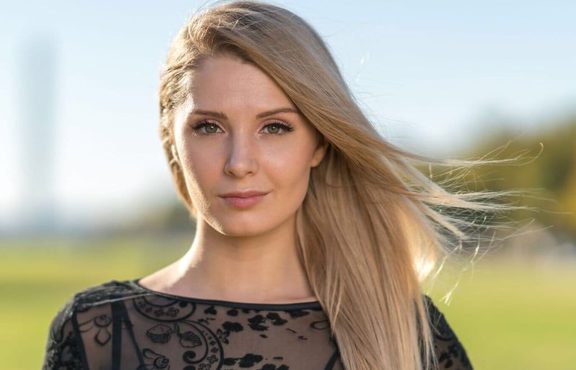 And the suggestion that a debate needs to be had at the expense of not only the sentiments of an entire community, but our safety, is abhorrent to those of us who belong to that community and also call New Zealand home.

While some may be able to engage with the likes of Southern on a detached, academic discussion, her views and her actions are actually physically and emotionally harmful.

Of the handful of racist incidents my family has encountered since migrating here, one that stands out in my mind is a man approaching my mother, a visibly Muslim woman wearing hijab, and towering over her tiny 5'2 frame to say "we don't need your kind here, go back to where you came from".

We were in a West Auckland supermarket and this was not long after 9/11. How many incendiary YouTube videos or speeches by alt-right mouthpieces like Southern would that man have needed to watch to embolden him enough to have perhaps taken it a step further: next time maybe pull off my mother's hijab (as is happening in parts of the US) or assault her?

Given Southern's own past behaviour, one could hardly argue that would not be the type of conduct she would condone. Southern has been detained by Italian authorities for attempting to blockade a ship rescuing stranded refugees from war-torn Libya.

To put that in plain terms: Southern believes - and was acting on her belief - that women and children fleeing a war should drown at sea rather than be allowed to set foot in a Western country. Any calibre of discourse this person might bring to New Zealand, frankly, terrifies me.

This is to say nothing of Southern's views on feminism and how rape culture apparently does not exist in the West; someone needs to inform the #MeToo movement, the Australian public engaging in a national debate about violence against women following the tragic death of Eurydice Dixon and Dame Margaret Bazley that they're dealing in apparent non-issues, if Southern's logic is to be followed.

What Molyneaux would make of our PM's childcare arrangements, given his past statements that mothers are the source of all violent tendencies of men, is perhaps, then, best left unvoiced.

Immigration New Zealand can deny entry and visas to anyone on grounds of character, particularly those deemed a risk to public order or public interest. Southern has already been banned from entering the UK on similar grounds.

Immigration New Zealand took an arguably much more controversial stance in banning Hip Hop group Odd Future on similar grounds in 2014. In light of all this, the decision in this case appears a relatively straightforward one.

Southern and Molyneaux, and their fans, could rest assured that it would only be their physical presence rather than their right to free speech that would be restricted by such a ban, as long as they continue to enjoy access to platforms such as YouTube to peddle their views with seemingly little repercussion.