Workers are being allowed back into a central Auckland building after 12 people were hospitalised by suspicious fumes. 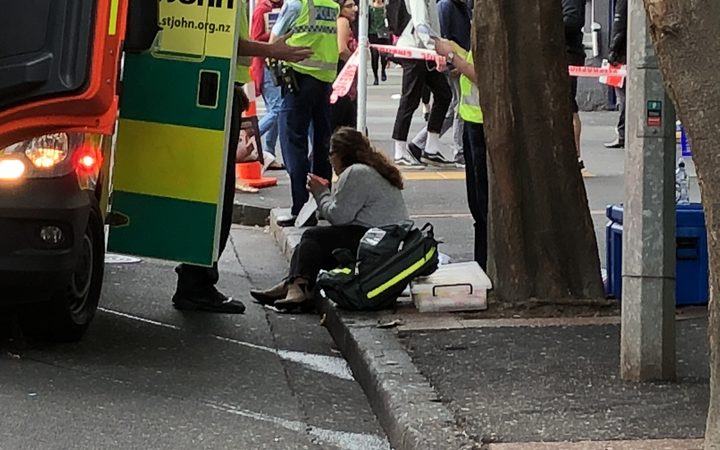 People are being assessed after reports of a gas leak. Photo: RNZ / Danielle Street

Fire and Emergency say they don't know what caused the unknown smell in an Auckland office building this morning - but the building is now safe.

Emergency crews were called to Augusta House on the corner of Victoria Street West and Elliot Street at 9.30am after an unusual smell was noticed on the eighth floor.

Twelve people were taken to hospital and another 100 assessed after being exposed to the smell which caused nausea, headaches and vomiting.

Assistant area commander Stephen Sosich said the bomb squad has been through the building doing tests but nothing has been identified.

"We've had our staff working with the air conditioning engineers on the affected floors and there is no smell present anymore so we've given it the all clear and the building has been handed back to the property manager."

"We've turned the air-conditioning back on and done all the tests we can so there's not a lot more we can do," he said.

There were about 100 people in the Qantas office in the building at the time and the airline said its offices were evacuated as a precaution.

"Emergency services attended the scene and a number of people were taken to hospital in a stable condition," said Qantas in a statement. "They are our first concern and we are monitoring their progress."

St John Ambulance said six trucks were at the scene and a temporary triage site was set up to check patients. 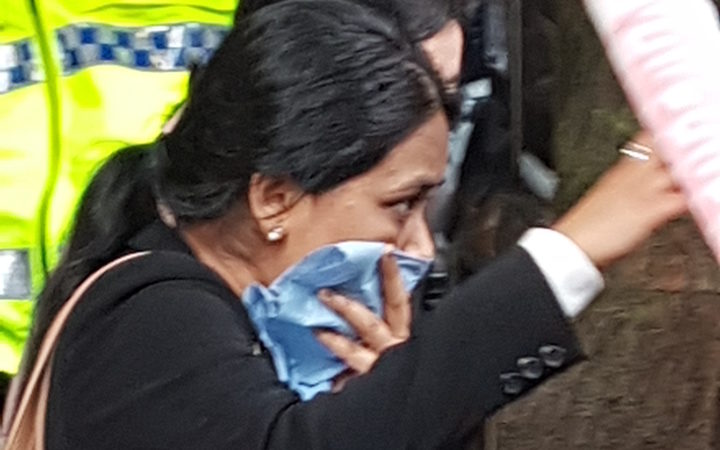 Five people have been taken to hospital and another 50 are being assessed after reports of a gas leak in a building in central Auckland.https://t.co/LUJgwXYjGy pic.twitter.com/zpnmnI5Qnz

Some people were being loaded into ambulances and others were being treated at the scene.

St John Ambulance spokesperson Simon Barnett said people who were affected were showing symptoms such as nausea, headaches and vomiting.

Mr Barnett said people called about an unusual smell on the third floor and it was evacuated.

Other floors were also evacuated and the smell has since dissipated, he said. 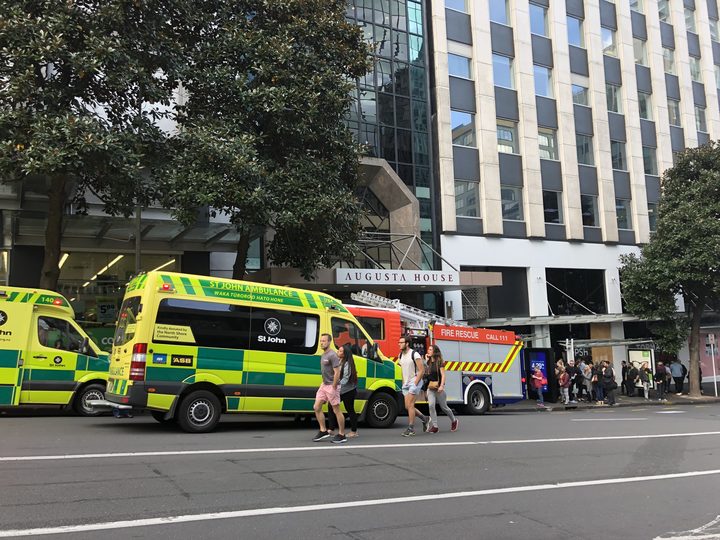 Greg Roughan works on the 14th floor of the building.

He said they received an email this morning saying a funny smell had been noticed and that work was being done on some pipes in the building.

But when he went down to the street level a bit later on, he noticed the smell.

"It was a weird sort of organic smell. To be honest, I would describe it as chicken manure, but it was a sickly, sweet musty odour."