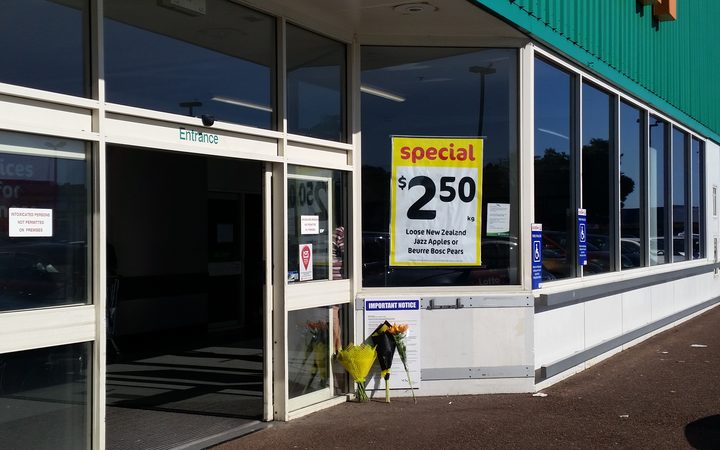 Police said they were called to the Countdown supermarket in Papakura yesterday, when security guard Goran Milosavljevic was allegedly punched in the head.

He died in Middlemore Hospital from his injuries early this morning.

Several friends and family were in the back of the Papakura District Court, some in tears and calling out that they loved the accused.

The teen, who was tearful as he left the dock, called out "I love you" to his family.

He was remanded in custody, with an order he be kept apart from adult prisoners.

Detective Inspector Dave Glossop said police inquiries were continuing and they were supporting the victim's family.

The guard had been working at the supermarket for eight months.

Staff and customers at the supermarket said they were shocked at the loss of the guard, who they said was jovial and friendly.

One woman, who works at the supermarket, said the man, originally from Serbia, did not deserve to die.

Mr Milosavljevic was contracted to the supermarket by Allied Security.

Its managing director did not want to comment, saying his priority was supporting his grieving colleagues and family.

In a statement, Countdown managing director Dave Chambers said the safety of people and customers was their absolute priority.

No New Zealander should go to work and not expect to return home to their loved ones, he said.

The store's manager did not want to be interviewed, saying the incident was still too raw for his staff.