Police have spoken to a couple who were being sought after the historic Mount Aurum Homestead was razed by fire early yesterday. 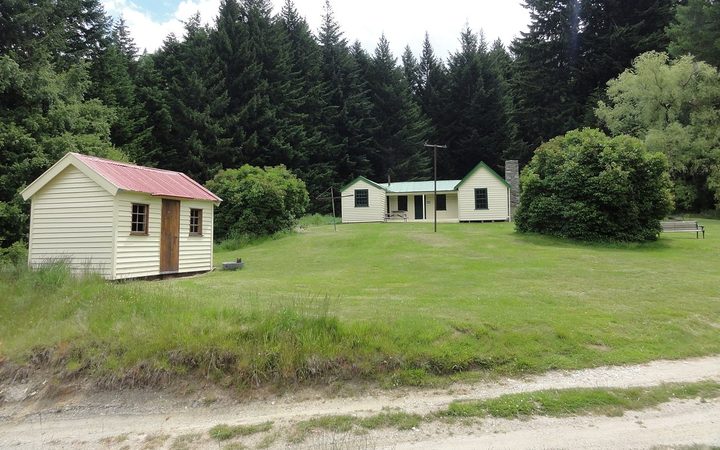 The historic Mount Aurum Homestead before it was destroyed in the fire. Photo: Wikimedia commons

The wooden category 2 landmark was located in Skippers Canyon, near Queenstown.

The cause of the fire was yet to be established, but it is understood it started in a fireplace in the homestead.

Skippers School, made of stone, is nearby and also part of the Department of Conservation area.

The couple was in the area in the hours before the blaze, but were missing when others at the campsite awoke to the fire.

Lee Gamble was one of those staying there, and helped battle the fire using small fire extinguishers.

"Then that's when I woke up around two o'clock in the morning ... and seen the house alight.

He and others scrambled together fire extinguishers, filled them with water and held back the fire as much as they could before firefighters arrived.

Mr Gamble said the damage could have been much worse if they had abandoned the site.

"If we had gone I think it would have spread quite quickly into the pines," he said.

"It's dry out there. All the pine trees have been sprayed and they are all dead."

He believed he heard sticks being broken among the pinetrees, which would have been for a fire.

He said his friends had also seen the couple who fled the area going in and out of the homestead.

Detective Sergeant Derek Shaw said the couple contacted police today and he was satisfied they had reasons for not coming forward earlier.

No arrests were made, but police were not seeking anyone else and inquiries were ongoing, he said.