Five people, including two children, are in hospital following a fire in Hastings this afternoon. 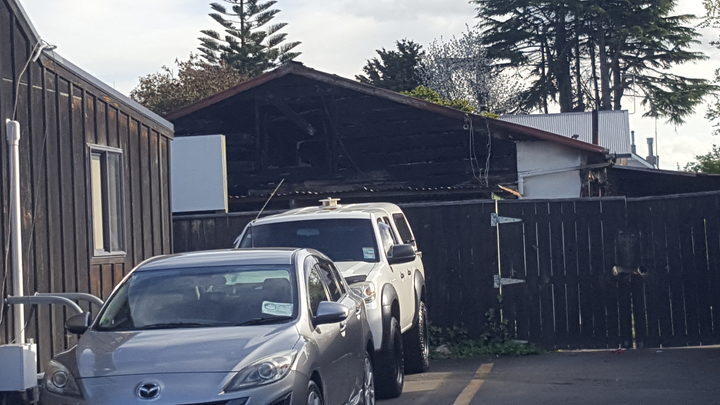 The building at the back of the former Storty Bar Photo: RNZ / Peter Fowler

Police said the fire in the suburb of Saint Leonards broke out about 2.30pm. They said there was one child in a critical condition and another in a serious condition.

An ambulance spokeswoman said three adults had also been taken to hospital in a moderate condition.

The fire reportedly started in the back lot of a vacant property across the road from the Hastings TAB store on Heretaunga Street. The building used to be the location of the Storty Bar, and there have been fires there previously.

RNZ has spoken to one of three men who went into the building after hearing children screaming inside.

The witness said the men had to use a ladder and remove a grate in order to enter the building save the children. 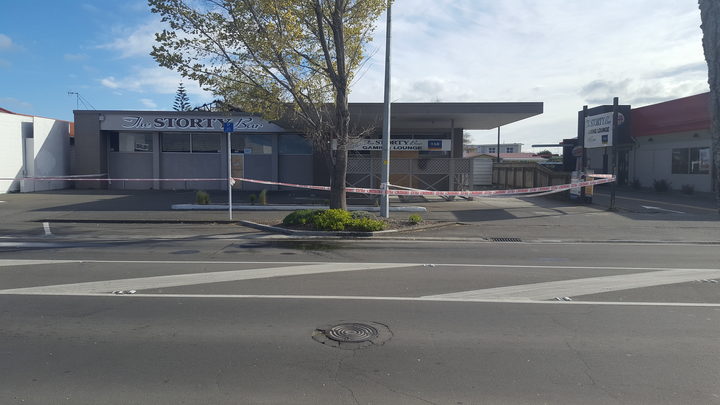 One child was extremely badly burned, the witness said.

He said two of the children fled the scene only one has thus far been located.

"He fled the scene and we later located him ... he had suffered minor burns. And the third young person we believe that was involved, he's done a runner, as such."

More than 30 firefighters and volunteers responded to the call and Mr Hall said it would be a traumatic experience for many.

While Mr Hall stopped short of saying the children had caused the fire, there were no other obvious explanations.

"We don't know the actual circumstances ... [but] it was a derelict building and there was no other source of ignition." 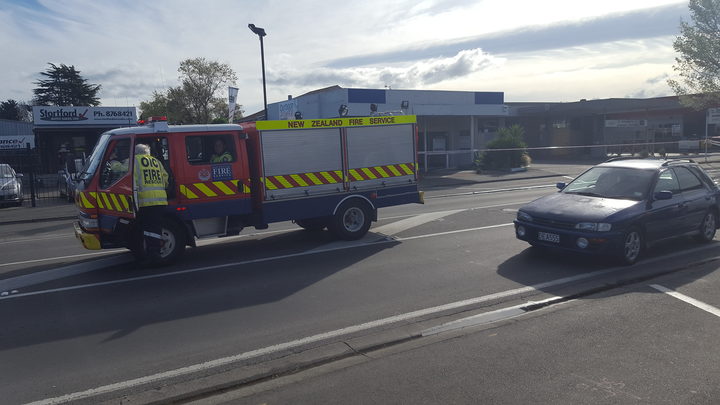 A fire engine outside the former Storty Bar in Hastings, where two children have been injured in a fire. Photo: RNZ / Peter Fowler

Fire shift commander Mike Wanoa said the two injured children were believed to have been rescued by workers from the adjoining building.

"Three of these workers were also transported to hospital for smoke inhalation.

Mr Wanoa said the fire had been extinguished, and investigators would remain at the scene to try to determine the cause.

Police asked drivers to avoid Heretaunga Street because of thick smoke coming from the fire. Traffic was being diverted away from the Maraekakaho Road and Stortford Street intersections.

A witness at the TAB said it was "extremely smoky, but just after 4pm said police and fire services appeared to have the fire under control, and had roped off the affected block.

Mr Hall said the sports bar in front of the building also caught fire about six months ago.

He said the owner had been planning to pull the building down. 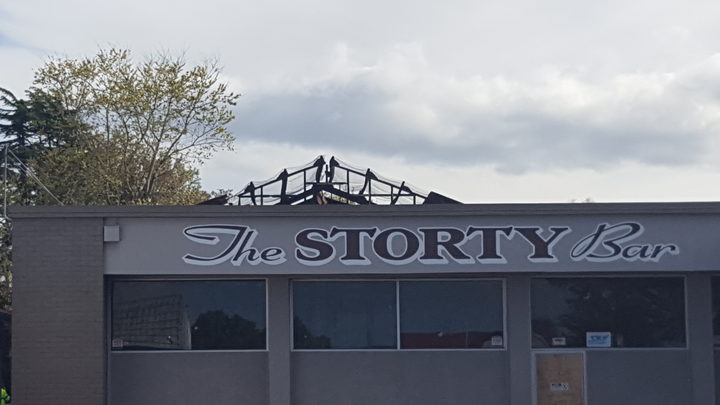