A bus crashed off the road in Auckland this morning after the driver was stung by a bee. 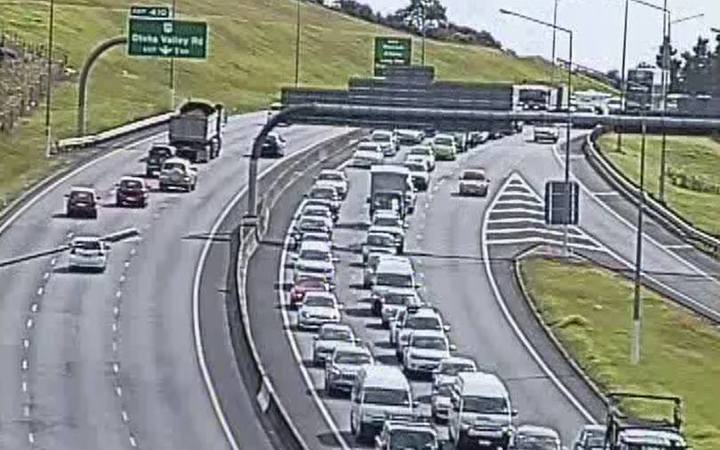 Traffic heading south on the northern motorway was backed up after the crash. Photo: NZTA

The driver of the bus traveling south in the bus lane of the northern motorway veered into a sign, between Constellation Drive and Sunnynook, when he was stung, Auckland Transport said.

The bus came to a stop in some bushes. None of the 15 passengers were injured and the bus has only minor damage.

It was being towed away and the passengers put on other buses.

The bus lane was open, but there was congestion on the northern motorway due to rubberneckers.